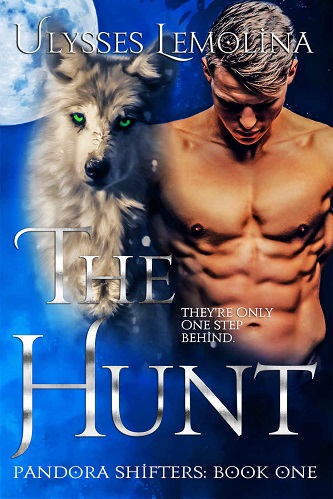 Blurb: He only knows himself as “Forty-Seven.”

His body is ravaged with scars from decades of beatings. And if Adam hadn’t rescued him, naked, unconscious, and alone in the middle of the Alaskan forest, he’d be dead by now.

Can he resist the frightening changes taking place in his own body? And can he and Adam escape the insane scientists and soldiers who won’t rest until they’re both dead?

Review: Micah is known as Forty-Seven. He was taken from an orphanage in Russia and kept in a lab from that time on. He has been experimented on, tortured and was ready to die. They knew that with pain he would shift in to the wolf they created in him. One night he managed to kill the doctor and escape, only to be rescued by a sweet man.

Adam had no clue what was going on. He found a sexy man, naked and shot. He brought him home to help but damn if things are not going to get real interesting.

In the blurb he only knows himself by the name Forty-Seven, however within the first chapter he knows his name is Micah. However you kind of figure out his name before then because the author let it drop before hand. The story itself would be amazing if it didn’t come off so wacky. There are so many holes in the story that I could have driven a truck through it. There are many questions in how Micah acts the way he does when he was held captive for quite a long while. It would be impossible. Captive and tortured one would act more like a very scared rabbit but he is not.

Also Adam finds this naked guy with a gun shot, brings him home, tends to his wounds and gets all touchy with him, before he even knows his story. That is so far blown off that it was just not reasonable. There were more questions then answers for me. Then there is Anna and Jimmy. They know what is going on and is trying to help but lets face it, they don’t really seem like they did much in the beginning. And to mention beginnings, well it just starts off fast and kept on going. Didn’t really give you a time to get drawn in before you feel like you have been dropped.

Like I said above, it does have great potential and for a first story that is a good sign. I will just have to waive my full ruling on the series for now. Luna was a good start with this story, she rocked.