Hi guys! We have Mia Kerick stopping by today with her new release The Weekend Bucket List, we have a great excerpt and a fantastic $15 Amazon GC giveaway so check out the post and enter the giveaway! ❤ ~Pixie~ 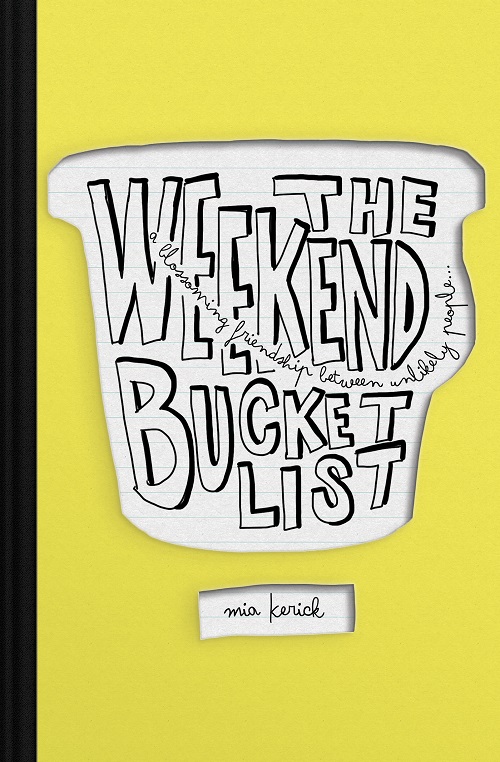 High school seniors Cady LaBrie and Cooper Murphy have yet to set one toe out of line—they’ve never stayed out all night or snuck into a movie, never gotten drunk or gone skinny-dipping. But they have each other, forty-eight hours before graduation, and a Weekend Bucket List.

There’s a lot riding on this one weekend, especially since Cady and Cooper have yet to admit, much less resolve, their confounding feelings for one another—feelings that prove even more difficult to discern when genial high school dropout Eli Stanley joins their epic adventure. But as the trio ticks through their bucket list, the questions they face shift toward something new: Must friendship play second fiddle to romance? Or can it be the ultimate prize? She acts as if this was my big idea, but The Weekend Bucket List has got Cady LaBrie’s name written all over it. She’s persuasive, though—the girl has almost got me believing I came up with the idea to do everything we never did that “normal” kids do in high school, all in the forty-eight hours before graduation. We have a lot of lost time to make up for.

“These fries are so good.” Cady’s eyes are closed like she’s in goddamned ecstasy. I’m not sure why, but I look away.

“How can you eat so freaking much and stay so freaking skinny?” I ask, as Cady starts in on her second large order of french fries. And these are just appetizers.

“I’m petite, Cooper. Not skinny… and you’re skinny, too.”

I shrug and suck futilely on the straw that stands straight in my vanilla shake.

“Whatever.” It doesn’t matter how thick the shake is; I’m in no rush to suck it down. Cady’s the talker in this relationship, so all I’ve got to do is sit here and listen.