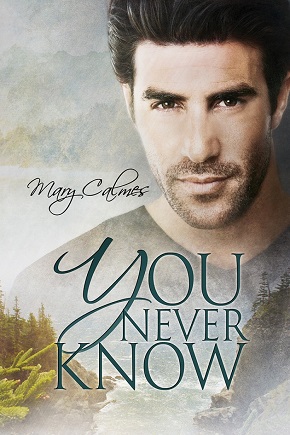 Blurb: Hagen Wylie has it all figured out. He’s going to live in his hometown, be everybody’s friend, explore new relationships, and rebuild his life after the horrors of war. No muss, no fuss is the plan. He’s well on his way—until he finds out his first love has come home too. Hagen says it’s no big deal, but a chance encounter with Mitch Thayer’s two cute sons puts him directly in the path of the only guy he’s never gotten out of his head.

Mitch returned for three reasons: to raise his sons where he grew up, to move his furniture business and encourage it to thrive, and to win Hagen back. Years away made it perfectly clear the young man he loved in high school is the only one for him. The problem? He left town and they have not talked since.

If Hagen’s going to trust him again, Mitch needs to show him how he’s grown up and isn’t going to let go. They could have a new chance at love… but Hagen is insistent he’s not reviving a relationship with Mitch. Then again, you never know.

Review: I love this authors work, and she didn’t disappoint in this story. Hagen and Mitch were high school sweethearts and lovers. Majority of the people in Benson love that they were both out and proud as you can be as teenagers. Since Mitch was a year older, he left for college sooner, while they planned for Hagen to join him a year later. But things didn’t turn out that way. While away at college, Mitch ended things with Hagen and he went and joined the Army just to get away from the town and the devastation that Mitch leaving caused.

Hagen has returned home from the Army to start rebuilding his life, and live on his terms. He was a prisoner of war and he was badly injured during his capture. He runs his own Construction business and he loves making his customers happy. Now in a town as small as Benson, everywhere he goes, he hears that Mitch is back home. Years ago, just the mention of Mitch’s name would cause his heart rate to race, but that’s not the case this time. Hagen is involved with someone and he has no inclination to get back together with Mitch after he left him and broke his heart. A chance encounter happens and Hagen saves Mitch’ two boys from a bad situation. Mitch is grateful and then professes that he still loves Hagen and that he wants him back in his life.

Mitch regrets that he ended things with Hagen years ago, but not sorry that he has two amazing boys from his marriage. He keeps pursuing Hagen, but Hagen doesn’t think that he can ever trust Mitch again, and if he came back to get him, how is it that he hasn’t approach Hagen and the only reason that they saw each other is because Hagen saved his sons. This second chance love story is great, but I’m sorry that I didn’t get to hear the reason that Mitch broke up with Hagen when he went off to college.

I love this author’s work and I would recommend it to anyone.