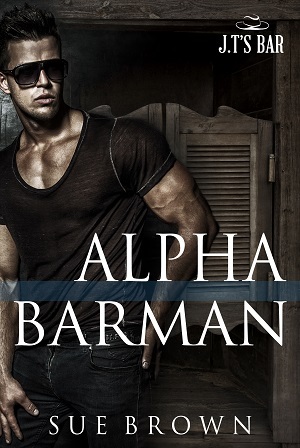 Blurb: Jake Tyler walked out of Covert Ops two years ago, a devastated, broken man after he discovered his sister brutally murdered by her husband, Riley. Since then he’s found a kind of peace running a rural bar. The last thing Jake Tyler expects is his former team to turn up with grim news. Jake’s ex-brother-in-law has escaped from prison and is heading Jake’s way. The team is here to protect Jake, whether he likes it or not – a decision reluctantly shared by their leader, Jake’s ex-lover Mitch Mitchelson.

Mitch is angry and hurting. The man he trusted – the man he adored more than anything – abandoned both his team and Mitch. Jake never gave Mitch a chance to help or come to terms with his desertion. Regardless of mission protocols, Mitch isn’t about to open his heart again to that kind of pain.

But the strong attraction between them can’t be denied. How are they ever going to work together when Mitch still resents Jake’s disappearance, and to Jake, the team represents everything that destroyed him in the first place? And meantime they wait for Riley to find them… and to settle the threat once and for all.

Review:  When I was first given this story, I wasn’t too sure if I was going to like it or not.  There are some minor problems that I can see in the story, but other than that it was an enjoyable read.  I always did love a man who carried a gun and who could kill when needed.  This book gave me that.

Jake was a damn good soldier until his best friend murdered his sister.  The problem was he just couldn’t get over losing them both.  He left and opened a bar, to live his life grieving.  He left the man he loved behind as well.  However Riley swore that he did not kill his wife, Jake’s sister.  Now he has escaped from prison and is heading Jakes way.   So when the team walks into the bar, let’s just say things are not getting any easier.

Mitch is indeed angry at Jake, but his heart is still beating for the man he loves.  He believes Riley is innocent, but he will protect Jake with everything in him.  There are so many twists to this story that I enjoyed it.

There were a few issues with this story.  It felt like it wasn’t finished and I am not talking about the ending.  There were certain parts of the story that fell flat and thrown in there for word count.  I felt bad for Riley, but there was not a lot of him in there yet he was the one that was considered dangerous.  What really caught my eye, was these guys are some big badasses, yet all they did was sit at the bar waiting.  There was no real action but a small part.  The blurb gave me a promise, but the story fell flat.  It had great potential and I did enjoy reading it.  I can’t wait to see what the next book will be like.