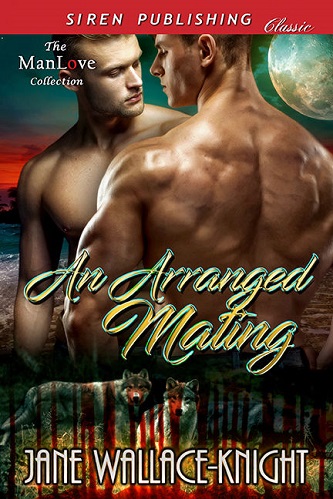 Blurb: Hunter White left home as soon as he was able. Coming back to take over as alpha, Hunter learned of the serious debt his father had left the pack with. Desperate to save them, Hunter entered into a deal with a powerful vampire. The nest leader would pay off all the pack’s debts, on one condition—Hunter had to take a vampire for a mate.

Vampire Aeron Lyons had been in some serious scrapes during his unnaturally long life, but nothing came close to this. Being given to an alpha werewolf, like he was some sort of bargaining chip, wasn’t what Aeron wanted for his life, but he wasn’t dumb enough to say no to a man like Ken Roberts.

Resigning himself to join a pack who already dislikes him on principal, Aeron has no idea how rocky the road ahead will be or how he’s going to spend the rest of his life with a man who hates him.

Review: Hunter was pretty much driven from his home what with his father’s drinking. He never really wanted to go back, that is until his dad passed on. To bad he came back to a pack that was getting ready to loose it all. He took a deal with the devil for help, but in turn it meant he had to mate an enemy of the pack. He was to mate a vampire.

Aeron’s life was pretty much like Hunters, but his was his mother. His mother was an addict and it cost her her future. He had given up everything to have his mother in a care home and it meant he owed his leader. He just hadn’t expected to find out that he was to be bargained off to an wolf.

Neither are going to expect what they find out. I am never a fan of stories that give you a good book only to find out that it is just going to be that one book. This story had so much potential to be a series and it isn’t going to be. I felt a little let down with it. I did like Aeron quite a bit and his attitude has always been great. Hunter was an ass to the poor guy but was glad to see that it changed. However that being said, it moved faster than I thought it should have. Then the action was like one page and it was over.

The story needed more depth to it to make it truly rock. More substance in it to make it a top story. It came off very rushed and that was another let down. This story was damn good but it could have been better. However I can see myself reading it once more.