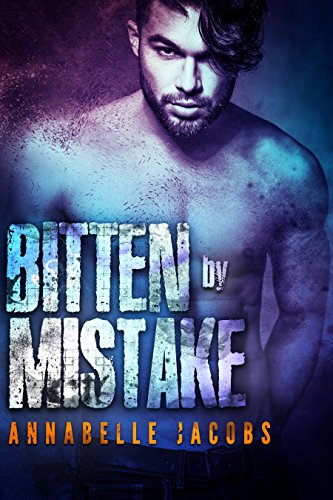 Blurb: From animosity to searing passion in a lunar cycle… but can their bond survive?

Wolf shifter Nathan Kohl’s pack is his whole life. Arrogant and handsome, he avoids commitment to anything or anyone outside of his pack. He works hard, plays hard, and pursues humans as lovers because there’s little to no chance of him forming a permanent bond. However, when Jared Taylor comes into Nathan’s life, every rule is broken.

After a bad experience, Jared vowed to never get involved with another shifter, no matter how much they got under his skin. Despite being physically attracted to Nathan, who’s all kinds of hot, Jared only sees an arrogant, domineering bastard.

A disastrous case of mistaken identity throws Nathan and Jared together until the next full moon. Forced to spend the next twenty-eight days in close proximity, they can no longer ignore the powerful attraction between them. Passion ignites, and their relationship takes a turn neither of them wanted.

But when the full moon comes, everything might change again.

Review: This author was new to me so I wasn’t really sure what to expect. I really wasn’t sure when I saw the cover, talk about a bit creepy. The blurb made the story sound quite different, if not a bit dark. However I was pleasantly surprised to find out just how different this book is from many others. It is not the instant attraction, fall in love, and mating that one normally finds. They don’t scent each other as their mates; in fact I almost believe they have no clue about mates at all.

This story caught my attention from the start, although I must admit that it had not kept my attention throughout though. As I said before it has this dark tone to it but not so much to distract me. I haven’t really been one for stories like this but I loved the way it just seemed to come together. The characters were delightful but different. I didn’t really connect with them like I should have, but it didn’t take away from the story itself.

Nathan is an arrogant shifter who never really wanted to bond with anyone. He was not really interested in dating either, sex was fine but something more was a definite no. He did however show some interest in the human at the club though. He just had not expected what to happen, to happen. On the night he came across Jared, he got turned down. Getting called away might have been the best, if it didn’t mean their shipment was attacked.

Jared was as human as can be, and he had a definite hate towards shifters. After one disaster of a relationship, he really did not want anything to do with them. That ended the night Nathan bit him. There was a law, to bite a human meant major punishment, banishment or even death. He didn’t want that on his head, but it would mean close contact for a short period of time. Passion, fire and attraction ignites during their time together.

I loved the way they interacted with each other, and how their bond strengthened. I liked how Nathan was with Jared; even throughout his attitude Nathan was still pretty sweet to him. I also loved how Jared would react when Nathan had to go somewhere without him. Although there were some parts that were a bit off, as with the fact that a human could not be in the packs home, yet later on it was ok. It just seemed strange to change it. These two have loads of sexual tension flowing around, and when they are together damn can it get hot.

This story just seemed to rock for me. I was surprised to find out that this was not a series because I can see a few characters that just might be perfect for the next story.

I had a lot of fun reading this and cannot wait to see what other stories this author has out.

One thought on “Bitten by Mistake by Annabelle Jacobs”