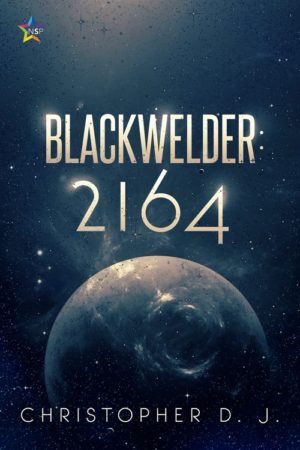 As penance for past mistakes in friendship and in love, Blackwelder makes the bold choice to relocate to Fort Felix, a military base on Neptune’s moon, a decision that could end up costing him his life. Once there, he meets: Juan Miguel Arías, to whom he takes an immediate liking; Vernita Burton, a true friend; and the men and women of Brant Squad, a group of lovable losers that he eventually takes under his wing.

Blackwelder is surprised to discover he has something to live for again, but all of that is threatened when war finally arrives on Fort Felix’s doorstep. Can Blackwelder find the hero within in time to save his squad, his planet, and the man he loves?

Review: Although fast paced this story of Blackwelder and others getting ready for war was quite intriguing. The characters were every bit as diverse as the plot. Though I was surprised it took place in our galaxy I was still impressed by how well the story flowed.

Blackwelder was certainly different than I expected an MC to be. He was extremely flirty which fit his character and the romance with Juan. I really liked the details throughout that were added that gave the reader a view of where the characters were.

Overall it was an interesting read with a great group of characters.