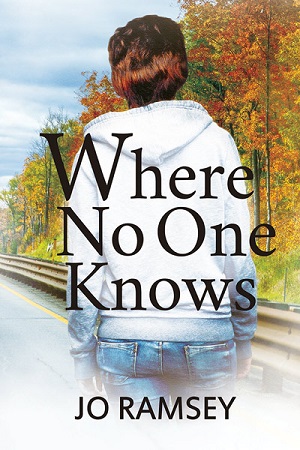 Title: Where No One Knows (2nd edition)

Blurb: Kellan McKee has secrets to hide, but being transgender isn’t one of them. It’s something his mother accepts. His stepfather isn’t so amenable, and when one of his friends tries to assault Kellan, the bigoted man gets more than he bargained for. Kellan fights to protect himself but loses control of what makes him really different—his psychic powers.

On the run in Denver with enough money from his mother to get him to safety, Kellan meets Shad, a similarly gifted individual, who offers to help keep him under his stepfather’s radar. As the two travel, Kellan learns of a group in Boston that may offer him a safe place and the opportunity to gain greater control of his abilities.

Only one problem: his stepfather has tracked him down and is out for revenge. And not everyone in the Boston group is happy to have Kellan there. Kellan isn’t going to be safe for long.

Review: Kellan is a transgender young man trying his best to keep his secret from everyone. But when one of his step fathers friends tries to assault Kellan he fights with everything in him to get away. As a result the step father is now after him for revenge.

While on the run Kellan is scared to trust anyone after the incident. All he knows is he wants to be safe. Along his journey to find safety he meets some people who he feels safe with but alas it is not. With others in the group not wanting him there and his step father closing in will Kellan ever find the safety he wants?

Compelling and gripping. My heart went out to Kellan at the unfairness that has been thrust on him due to the actions of one. I was glad when he met Shade and Shade protected him along the journey. The two seemed to be made for them. They travel far and wide trying to stay away from Kellan’s step dad.