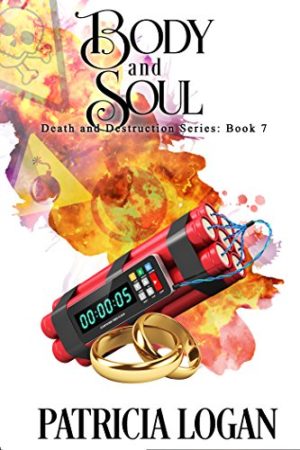 Blurb: More than ten years ago, a series of train bombings devastated railways throughout Europe. Strange poetry sent to local newspapers right before each bombing, confounded investigators at the time. In one of only a handful of failed covert missions, Jarrett had been sent into North Korea to take out the bomber. Now, as his wedding to Thayne approaches, an explosion in Southern California, threatens to ruin their plans for a very special day.

Sucked back into a new case when they’re supposed to be on vacation, neither Jarrett nor Thayne are very happy. When the bomber strikes too close to home, they know they have no choice… especially when the threat seems to be specifically directed at one them.

While recovering from recent trauma and torture, Thayne has put his heart into crafting the single most beautiful event he can imagine for his husband-to-be. When plans for their special Christmas wedding begin to blow up, he is distraught. A sadistic killer with special skills, a strange vocabulary, and a twisted thirst for revenge, is bent on destroying everything.

Join Thayne, Jarrett, and all their friends as they rush to stop the fiend and reclaim their Christmas wedding before one more person dies.

Review: Another great addition to the Death and Destruction series packed full of drama, action and a sadistic killer bent on revenge. Thayne and Jarrett are making plans for their wedding when a case comes in drawing them away. With Thayne still recovering for his ordeal he wants a resolution to the case.

I really like this series and Jarrett and Thayne as well as their friends are always ready for danger even though things do not always go as planned. The mystery of the case was well written and the reader is along for the ride as the guys investigate and gather clues.

These stories deliver a punch with their intense situations while at the same the happy moments between friends and lovers.