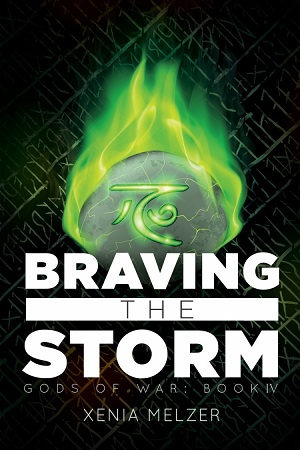 Blurb: Though some struggles have ended in victory, ease and contentment are not the fate of the gods of war. Instead they must contemplate the sometimes terrible and frightening nature of their powers—and the effect those powers have on the people they love.

After their campaign in Ummana, the gods of war return to the Valley with their ranks finally complete. Sic is the eighth Emeris to join Renaldo and Canubis in their war against the Good Mother. Even so, they must wait for their powers to manifest, and trials lay ahead.

It is only when a tragedy befalls Aegid, Kalad, and Daran that Sic learns the extent of his abilities as a Luksari. What he achieves will change Daran forever—and set him up for trauma that leaves him doubting his relationship with Aegid and Kalad. After surviving battle, torture, and rape, Daran must affirm his commitment to his lovers and his new status among them through even more blood and violence.

Even though Renaldo and Casto’s relationship has improved, they’re still struggling, which could prove to be more dangerous than they think—because the Good Mother is already plotting her next move.

Review: An engaging story about the struggles of several men. Renaldo, Casto, Canubis, Aeid, Kalad, Daran and Sic must find a way to defeat the good mother character in this book. I was appalled at the treatment Sic suffered through other books. But things are different this time.

Daran suffers through his own hell and afterwards has to deal with the things that happened to him.There are quite a few characters throughout that add an element of surprise by their actions and/or thoughts. Twists and turns are all throughout.

I like this series even though at times I feel overwhelmed by certain events that take place. An interesting addition to the series to say the least.