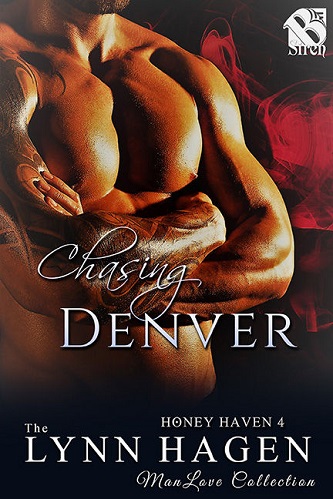 Blurb: Gus has been in love with Denver since first laying eyes on him nearly a year ago, but Denver is a recluse, staying tucked away in his attic suite. He has no idea what’s wrong with Denver, and although Gus has tried, the youngest Cabell brother refuses to utter a single word to him. Until one morning Denver starts to talk to him, and their lives are changed forever. ​

When he was a teenager, Denver accidently killed his best friend. He hadn’t meant to let his beast loose, and has lived with his guilt ever since. Afraid of losing control again, Denver keeps himself locked away, even from the one human who has come to mean everything to him.

When some friends Gus met online shows up at the hotel to help him ghost hunt, Gus starts to suspect all is not what it seems, and it’s up to Gus to save Denver’s life when his suspicions are confirmed. .

Review: Each book in the Honey Haven collection features a new romantic couple. To enjoy the overall story arc and crossover characters, I would recommend reading the series in sequential order.

Gus has his heart set on Denver and tries to show it. The problem is Denver pretty much ignores everyone and stays in his room. He knew something was wrong with Denver, but it wasn’t till he found out that not only was Denver a shifter but a bit about his past. When two online friends show up for a ghost hunt, Gus’s isn’t to sure about them. He did invite them but there was something off about them.

These stories crack me up especially when Gus is always speaking about ghosts. Wait for the surprise, it is going to be a scorcher. However these stories don’t flow as well as they should and there is always something missing from them. This one was no different but I can’t put my finger on what it is. Other than that small issue, this story is quite different and very quirky. I got a kick out of them. Although I must admit that the ghosts being thrown in at the last minute was a bit weird. I mean two years and no one has seen them till now just doesn’t flow with me.

I had a blast reading it and look forward to seeing more from this author. I will admit she is a favorite of mine.