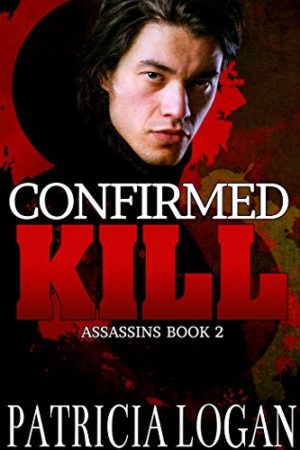 Blurb: Ichiro Hayashi has been hired to kill a man whose actions threaten to bring down a political empire which stretches across oceans. Hayashi, an assassin trained in the ancient art of the Ninja, has only one sacred duty… he must carry out his mission, or die trying. The kill should be simple yet the target is unsophisticated and without protection. These things give Ichiro pause and he wonders why anyone would want this particular man’s life destroyed.

A young Russian is a marked man. He’s been forced to flee his home, his way of life, and the only man he’s ever loved. When the young man escapes to the US he finds the man who means everything to him has been lost to him, believing him dead. When he is suddenly confronted with an angel of death in the form of a devastatingly handsome assassin, broken-hearted Vasili welcomes his fate.

The twists and turns continue when Ichiro finds his lover threatened, and he suddenly knows that he must rise to the challenge and face the man who wants them both dead. Can he? Injured and alone, his target will learn… the Ninja has secrets of his own.

Review: Wow. Action, drama, suspense surround this intriguing story of an assassin, Ichiro, sent to kill Vasili, a man marked for death by someone I was not expecting though I should have been. There are several twists in the story that added to the enjoyment of the story.

I felt for both Ichiro and Vasili when the twists are revealed as they affected both men. Truly a wonderful and delightful story. Some scenes are intense and some are sweet.

Well written and balanced this book was a great addition to the series.