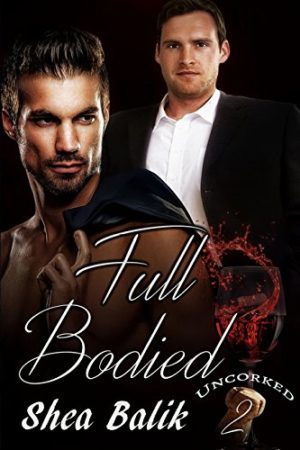 For Nolan Woods, life had been a miserable existence that had left him lonely and depressed. Nothing had ever seemed to go his way. It was his own fault for being such a loser, but it would still be nice if just once he had something end up in his favor. Unfortunately, for that to happen he’d have to put down the food he loved so much.

West Baxter led a charmed life. In college, he and his friends had decided to open a winery, allowing him to travel and meet new people. It had been a playboy lifestyle but when he met Nolan Woods, he found himself longing to settle down instead. Too bad their new winery needed him out on the road to sell their wines it they ever hoped of being the success they had dreamed about.

Nolan’s misery had him taking drastic action to change himself. He never thought in a million years anyone would like him as he was. But before he could go under the knife, West had finally had enough of life on the road and seduced Nolan.

Suddenly Nolan no longer knew what to do. He didn’t believe West would ever be able to love him as he was, but if he told West his plans West just might realize what a loser Nolan was and leave him even sooner. Either way, Nolan had to pray that West would understand that Nolan could no longer be Full Bodied.

Nolan is a sweet young man who has just a slight little problem. He is overweight and needs to lose it. Not only for his health but for his happiness. All through growing up and into adulthood he had been teased and bullied. He left home hoping never to come back. That all ended when his mother called him about his fathers death, and begged him to come home. So getting a job at the winery sounded good. He just hadn’t expected to have a crush on one of the bosses.

West was that boss, the one Nolan had a crush on. Sexy as all get out, he has a big heart as well. He has wanted Nolan from the start, but had decided he needed to take his time. He traveled quite a bit for the business and wasn’t yet ready to give it up. That is until he found Nolan in tears.

This is a cute story that made my day. I had a blast reading it and the characters were just perfect for it. This story caught my attention from the moment I started reading and kept it all the way to the end. It has a fully developed plot that will keep you entertained, and some pretty hot sex. I can not wait to get my hands on the next story.