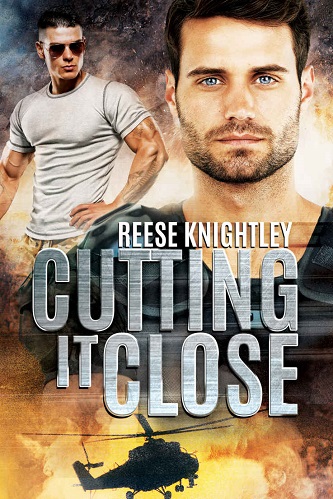 Blurb: When the only thing you’re good at is running or fighting, is a second chance at love even possible?

Captain Maddox Stone is ready to put the men who messed with his family on a fast train to hell. Eliminating the enemy is the only thing he’s good at anyway. He sure as hell isn’t good at connecting. Of course, on the heels of that thought, his past comes walking through the door. Will he finally have the guts to explain what really happened that night so long ago?

Nothing on earth could bring Lieutenant River Seeger back to the ranch until his grandfather calls for help. With no other recourse, he returns to the Triple R, but makes it clear it’s for a limited time. He’s left the past behind and with it, his youthful dreams. But, since he’s here, shouldn’t he at least get some answers?

Two soldiers faced with the past. One man struggles with a tragic secret while the other one demands answers. What’s even worse? When Maddox deploys on a mission and River takes on the kidnappers, time is running out for one of them. The only thing for certain is they’re definitely cutting it close for any chance at a happy ending.

Review: Maddox loved River but he had to hurt him to keep him alive. His father is one nasty evil who loved to abuse Maddox. That is until his grandfather stepped in. That didn’t stop the emotional abuse though. However when he found out that River was someone important well that put him on his radar. So he had to throw away their love to keep his love alive.

River loved Maddox more than anything. But the man didn’t love him. Now sometime has gone past and Maddox was in trouble.

They were young and in love, broke up and now they needed to learn how to communicate. The romance is not the focus of the story since they had already had that. They were apart for many years but trouble brought them back together. I was surprised by the name the group was called but it seem perfect.

I read this story after I read the second book to see about some of the characters and was pretty amazed by it. It is an action packed story with quite a bit of danger in it. There is some sexy times in it as well. I liked how the guys were with each other. They can be a funny group it looks like.

I had a blast reading this and can guarantee that it will be read many times over. It kept my attention from the start and that is hard to do with some stories. I can’t wait to read more from this series.