Hiya Peeps! We have Layla Reyne stopping by today with her upcoming release Dine With Me, we have a fantastic teaser so check out the post and enjoy! ❤️ ~Pixie~ 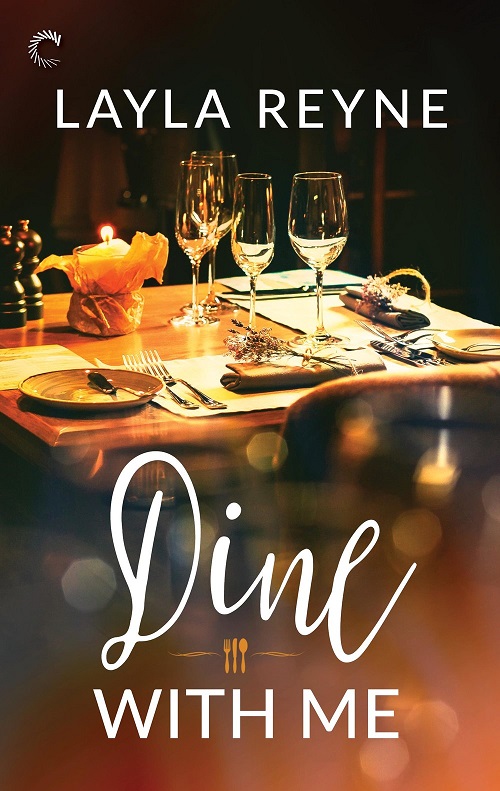 Eyes on the amusing plate that looked like a nun’s habit, Clancy didn’t notice Lucy approaching until the overwhelming scent of earth hit his nose. “White truffles from Alba,” she said, displaying the delicacy in the open box. “Pairs perfectly with the wine and pasta.”

By the time she was done shaving God-only-knew how many ounces of truffle over his plate, Clancy couldn’t even see the pasta.

A knee knocked his under the table. “Stay with me,” Miller whispered.

Clancy wasn’t sure what was more intoxicating—the earthy aroma that filled the room, Miller’s gravelly voice full of humor, or the heat radiating from the leg next to his.

Lucy tapped the last shaving off onto Miller’s plate and Ben set the decanter and bottle on the table. “Enjoy,” he said, squeezing Miller’s shoulder once more. Clancy could sense the friendly affection there.

Clancy picked up his fork and wound strands of the brown butter drizzled tagliatelle around the tines. Spearing extra truffle shavings onto the end, he raised the fork to his mouth and took the single best bite of food of his life. He closed his eyes, savoring the decadence on his tongue. “Okay,” he said, eyes half-slitted. “This is just flat-out orgasmic.”

Miller laughed out loud, drawing stares from the nearby tables. He lowered his voice and whispered, “Don’t make a mess in your pants.” From Bookish’s 2019 Must Read Romance Novels According to Romance Authors: “I’m so looking forward to Layla Reyne’s Dine With Me. I’ve loved her m/m romantic suspense trilogies so much, and I can’t wait for this standalone foodie m/m romance from Carina Press. Coming in September, it stars a dying chef on a coast-to-coast tour of favorite meals, and the companion who aims to make sure these aren’t the chef’s last suppers. I got to read an early version and absolutely adored the romantic chemistry and heart-tugging emotions with one of the best happy endings. Highly recommend!”

—Annabeth Albert, author of the Out of Uniform and Frozen Hearts series