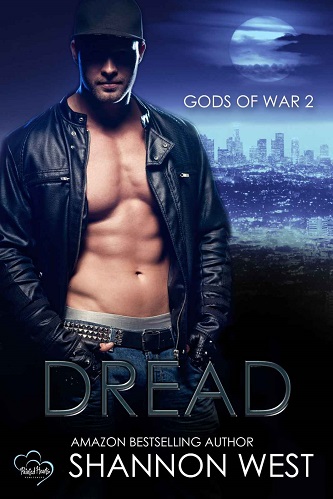 Blurb: Will Logan and Luke Warren are still running, with no refuge in sight. After stopping in Tennessee to meet up with teammates Ron Perry and Jake Wilson, they head for Atlanta, to rendezvous with the remaining member of their team, Todd Jackson. Kowalski told Logan he murdered Jackson, but Logan knows all too well how hard it is to kill any of them now. He’s hopeful that Jackson survived and is waiting to meet them. Once they arrive in the city, they find Jackson easily enough. They soon discover, however, that he’s involved in a strange and savage situation, a member of a vicious fight club in the basement of an Atlanta club. When he tells Logan he’s in trouble and can’t extricate himself, Logan finds an oppressive atmosphere of evil in the club, seeming to center around the club’s owner, a charismatic man named Austell. Logan is disgusted by the illegal fighting, but Luke and the others are all inexplicably drawn to it. Something or someone is influencing the men, infusing them with violence and cruelty. A chain of events begins to unfold that will test Logan and Luke’s bond to the breaking point. Logan’s life is turned upside down as he has to fight for the lives of his friends and the man he can’t live without. When they’re kidnapped, and everything Logan holds dear is in deadly danger, will he be strong enough to save them all?

In this book, the second in a three part series, new clues and revelations emerge as to what happened to Logan and his friends in book 1, Origins, Gods of War, to change their lives. They face a new and savage threat to their safety, and receive intervention from Heaven itself? Or could it be Hell?

Review: Luke and Logan had been prisoners together along with other members of their team. They had escaped with many different gifts. Gifts that might just turn into curses. After killing Kowalski, Logan knew their team needed to get the hell from where they were hiding. Then one of them got a vision that lead them straight into hell it would seem. However they had to get Jackson back.

I don’t remember reading book one but noticed I had given it a high rating. After reading this though, I am not too sure I actually want to finish the series. It has a very dark tone to it and almost no humor whatsoever. Logan and Luke fought more times then I can count, plus Logan’s fear of Luke leaving him left me not able to connect at all. There were so many twists and turns to this story that it should have gone in one direction but for me it went in the other. I couldn’t connect with the characters and the story was just too dark to even like.

However it is well written except for the jumping around part. I hate to admit that this story was a downfall for me. I couldn’t get into it and pretty much hated the characters. Even though it sounded like I didn’t like Logan, he was the one I actually did like. As for the story it never really delved into the questions I had.

I am sorry to say but this story was not for me.