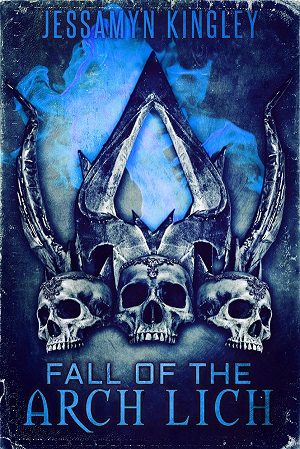 Title: Fall of the Arch Lich

Blurb: Months after his mate broke his heart, Lich Sentinel Alaric is doing his best to put the pieces back together. His sentinels now belong to the Council of Sorcery and Shifters but it means little as the necromancers are determined to fight their freedom every step of the way. Their leader, Arch Lich Chander Daray, is the one person Alaric avoids at all costs. Despite Chander’s decision to end their matebond, Alaric cannot stomach the idea of signing their separation papers.

Arch Lich Chander Daray has never been more miserable. His mate is gone and Chander believes he’s been betrayed in the worst way. Thinking that he’s at rock bottom, he couldn’t have guessed there was more pain to come. The elder council demand his title be revoked and when they offer a petition signed by thousands of necromancers, Chander feels he has no choice but to resign. Now that his time is his own, he decides to push his magic to its limits. Once his mission is complete, he finds himself face to face with Alaric. Things between them are over, but Chander cannot help but express the love he feels for him. It brings them both to a precipice. Does Alaric have it in his heart to forgive all that Chander has done? Can either one of them move past the accusations and grow to trust again? Are they even willing to try?

Review: As with the other books in this series a lot is going on. Alaric is trying to live life after the unexpected way Chander left him. Secrets are slowly revealed that could threaten the council. Chander takes it upon himself to set the sentinel’s free and as a result he is in danger of loosing his leadership.

So much more happens in this riveting series. But I do have to say I am more intrigued by the four sentinel’s found secreted away in the sentinel compound than anything else. I have a suspicion that the black skeleton is either the first sentinel made or the sentinel that supposedly went on a rampage centuries before.

I really enjoyed the books in this series except for two things. One, they are long and drawn out and repetitive at times. Two, there is hardly any action in them. Aside from these things the books are awesome.