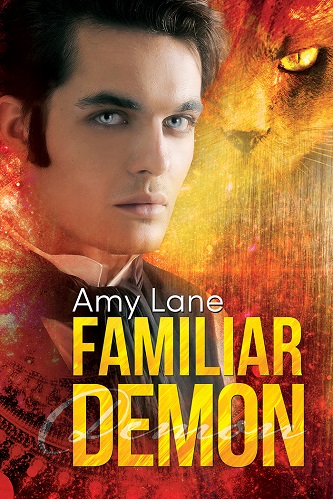 Blurb: For over a century, Edward Youngblood has been the logical one in a family of temperamental magical beings. But reason has not made him immune to passion, and Edward’s passion for Mullins, the family’s demon instructor, has only grown.

Mullins was lured into hell through desperation—and a fatal mistake. He’s done his best to hang onto his soul in the twisted realm of the underworld, and serving the Youngblood family when summoned has been his only joy. Edward concocts a plan to spring Mullins by collecting a series of items to perform an ancient ritual—an idea that terrifies Mullins. He can’t bear the thought of losing Edward and his brothers to a dangerous quest.

But every item in their collection is an adventure in brotherhood and magic, and as Mullins watches from the sidelines, he becomes more and more hopeful that they will succeed. When the time comes for Mullins to join the mission, can he find enough faith and hope to redeem himself and allow himself happiness in the arms of a man who would literally go to hell and back—and beyond—to have Mullins by his side?

Review: I loved this story about Mullins and Edward. The hunt for the items needed to set Mullins free was an adventure for me. I was rooting for Edward and Mullins even though Mullins had his doubts.

The different characters throughout added a colorful addition to the story as it progressed. Thoughts and feelings from the men gave the reader a deeper understanding of who they are. Overall this was a good addition to the series as we are taken further in by the series with new MC’s at the forefront.

Looking forward to seeing what happens next in the series.