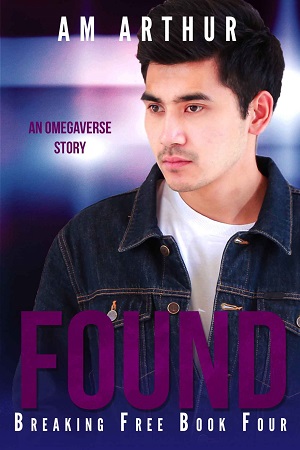 Blurb: A widowed alpha finds something unexpected with a rescued, pregnant omega…

Two years after his longtime mate passed away, Senior Constable Isa Higgs lives for his work solving crimes and protecting the citizens of Sansbury Province—and he won’t admit to anyone that he’s lonely. His three beta sons barely speak to him, he has no real friends to speak of, and his home feels too empty most nights. When he helps free five omega prisoners from a life of torture and abuse, Isa is unexpectedly drawn to one in particular—an omega six months pregnant with another alpha’s child.

Liam Haley lost everything in one single tragedy—his family, his freedom, and his ability to make choices. And then he’s whisked out of hell by an alpha constable twice his age who should terrify Liam, but instead, the man makes him feel safe. Protected. Wanted. But Liam is carrying a child he isn’t sure he wants to keep, and the last thing he needs is to get attached to a widowed alpha who can’t possibly want him back…right?

With Liam pregnant and Isa previously mated, neither man is sure exactly what they’re feeling—only the more time they spend together, the closer they become. And Liam is still sorting through the trauma of his kidnapping, so friendship is their only recourse—until someone from Liam’s past shows up to claim what he believes is his. Now Isa has to choose between letting Liam go, or fighting like hell for the damaged, young omega he’s unexpectedly fallen in love with.

NOTE: This is a non-shifter Omegaverse story with alpha/omega/beta dynamics, heats, knotting, and mpreg. In this world, omegas are second-class citizens with few civil rights and almost no protections under the law. Trigger warnings for physical, emotional, and sexual abuse.

Review: Liam is rescued along with other pregnant omegas from a fight ring. He does not trust anyone except for Higgs. Scared and uncertain of what the future holds in store for him he turns to Higgs for comfort. Higgs is unsure of what he feels for Liam and considering the age difference he is not sure it’s a good idea to act on his feelings.

Higgs has three children, all in school. He lost his mate a few years ago and has been lonely so he buries himself in his work. The problem is he’s pushed his kids away. With Liam comes a new understanding of his children.

When an alpha makes a claim on Liam, Higgs will do anything to make sure Liam never suffers abuse again. I loved these two together. I also liked the fact that none of the couples just fall into bed after the first meeting like most books. Each has suffered didn’t indignities. The omegas need time to adjust an find themselves after the horrific events of their pasts.

I loved that the alpha mates gave these omegas time, patience and understanding given their circumstances. Another great addition to an ongoing series that ties all the characters together in a well written emotional saga.