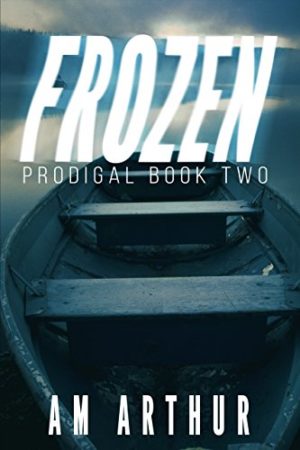 Blurb: Best friends Lee Mitchell and Roman Carmichael have been inseparable since childhood, and at fifteen, realize they mean so much more to each other. But not everyone in their small, upstate New York town is happy about their fledgling romance, and during a spring canoe trip, Roman goes missing during a supposed accident Lee can’t remember. Heartbroken by the loss, Lee spends the next ten years rooted in place, building a life around the river that took his heart away, and obstinately searching for any sign of his lost love.

During a winter snowstorm, Lee sees a stranger on the side of the road in board shorts and a t-shirt, and he risks bringing the man home. But beneath the shaggy hair and beard is Roman. His Roman. Ten years older, but alive and well, and in Lee’s house. Roman’s reappearance, however, has a time limit, and as Lee works to recover all the memories he lost, one thing becomes frighteningly clear: as scary as the supernatural might be, sometimes human beings are the most horrifying villains of all.

Note: This story was previously published under the same title. No significant changes have been made.

Review: Lee has been searching for Roman for ten years since he disappeared during a canoe trip. One day he see’s a man walking along the road when it starts snowing. He picks him up after contemplating the pros and cons and discovers it is Roman. Now after ten long, lonely years the boy he loved is back.

Roman is secretive about where he has been these past ten years but the two’s love never died. Revelations slowly come out about that fateful night that separated the two. My heart broke for both Roman and Lee. I was amazed at the story and how everything came to pass. The ending was the real shocker to me as everything unfolded to a climatic ending.