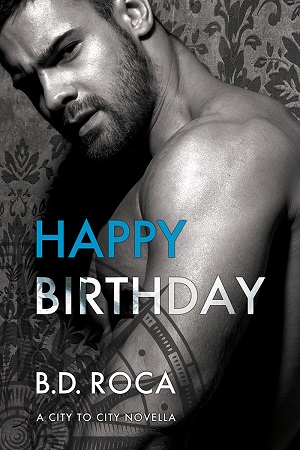 Blurb: Jake Rushman is on the run, but it’s too late. He’s being tracked by an expert.

Motorcycle Club Enforcer Nick is tough, but even he has a conscience. It’s slowly destroying him, together with memories of his parents’ ugly deaths. Nick eliminates the guilty, but Jake Rushman is the innocent witness to a murder. It will be one kill too many.

Determined to find redemption, Nick plans to trade his life for Jake’s. Neither man counts on the fierce, powerful bond that the collision of their opposing worlds brings, and Jake refuses to let Nick sacrifice himself. He offers Nick the one thing he’s never had: hope.

But with a violent past tracking them, Nick might be forced to do the one thing he promised himself he never would—kill again.

Review: Jake is on the run after witnessing a murder by a ruthless motorcycle gang. Their enforcer Nick is tasked with the issue of getting rid of him. But Jake is tired of killing. He finds that Jake is innocent and does not want to kill him so decides to sacrifice himself instead.

What proceeds is a fast paced story of two men willing to do whatever it takes to make sure they both stay alive. A great beginning to a series that enthralled me from the beginning. I loved both Jake and Nick and found myself on the edge of my seat waiting the final outcome.