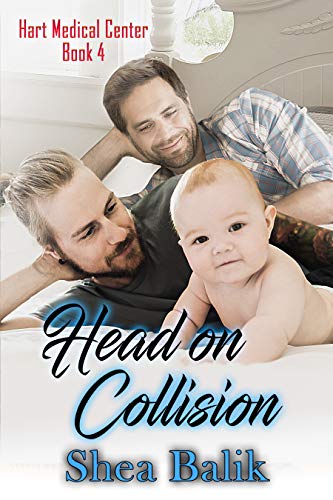 Blurb: In an Alpha dominated world, Oslo Hall had to fight for his right to make a living for himself. It wasn’t always easy, but since he’d grown up with parents who had to work multiple jobs to put food on the table, he was used to working hard. But that left little time for things like love. Oh, he’d tried. He’d even gotten married, but it wasn’t until the divorce that he realized, he’d never been in love with his husband. Too bad he hadn’t discovered that until after he’d gotten pregnant.

Bradford Radcliff had spent his entire career fighting for the rights of Omegas in family court. He was proud of the work he’s done. But it wasn’t until he met Oslo Hall, who might lose his unborn child if the Alpha father decided to demand custody, that Bradford realized just how important it was to win. The thought of Oslo having to give up his own child was more than Bradford could bear, especially since somewhere along the way he’d fallen in love with both Oslo and his unborn child.

If only that were all that was against them, they might stand a chance. But the Hart’s Medical Center stalker has targeted Oslo and the threats had them both terrified, especially when Shale decides he’s going to try and catch the stalker using Oslo as bait.

Warning: Graphic threats made by a stalker.

PLEASE NOTE: Although each book focuses on a different couple, and they all have HEAs, this series is better enjoyed when read in order! Join us in trying to figure out who the stalker is!.

Review: Bradford finally meets the one for him in Oslo Hall. I loved these two together. Oslo is now on the stalkers radar and Bradford wants to help keep the man safe. I loved how Bradford does not think twice about stepping in Oslo’s defense or protection.

Amazing addition to the series that I thoroughly enjoyed reading. Danger, bigoted stalker/s, romance, suspense and romance are all in abundance in this story.