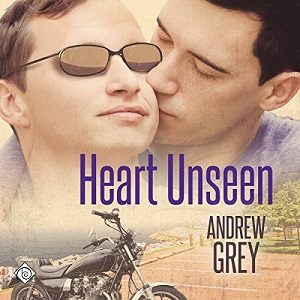 Blurb: As a stunningly attractive man and the owner of a successful chain of auto repair garages, Trevor is used to attention, adoration, and getting what he wants. What he wants tends to be passionate, no-strings-attached flings with men he meets in clubs. He doesn’t expect anything different when he sets his sights on James. Imagine his surprise when the charm that normally brings men to their knees fails to impress. Trevor will need to drop the routine and connect with James on a meaningful level. He starts by offering to take James home instead of James riding home with his intoxicated friend.

For James, losing his sight at a young age meant limited opportunities for social interaction. Spending most of his time working at a school for the blind has left him unfamiliar with Trevor’s world, but James has fought hard for his independence, and he knows what he wants. Right now, that means stepping outside his comfort zone and into Trevor’s heart.

Trevor is also open to exploring real love and commitment for a change, but before he can be the man James needs him to be, he’ll have to deal with the pain of his past.

Review: I first read and reviewed this book when it was first released. I absolutely fell in love with the characters and their stories. Firstly, Andrew Grey is one of those authors I will read and/or listen to anything he writes. I love his relatable and perfectly flawed characters. I also enjoy that he often adds a kid into the story. His romances are sweet and well paced, no insta-love to be seen. To put it simply, he embraces the everyday differences, not everyone is perfect and that is the attraction. Part of these everyday differences is also that we have an MC in this book who is blind. I love reading these types of stories because the disabled characters are quite often the most strong and resilient and inspiring characters. Or they may be wallowing in self pity about some tragedy that happened to them, but as a reader we get to see them grow as love takes hold.

The story is about James and Trevor. James is the blind the MC. He’s fine with who is but being blind for most of his life meant, for him at least, that his social interactions with “sighted” people has been rather limited. The story highlights wonderfully just how dependent on touch James’s world is. James’s world is always ordered because that is the only way James can get by independently – nothing can be moved, he needs to accept help when he enters a new place, etc. Trevor, I suppose in my mind he is something of a gentle giant. He has his own sad story which makes his wary of love – his parents divorced when he was young, his mother died when he was still a teen. However, he has an awesome stepdad, Larry. I totally love Larry and his plotline!

Both guys are reticent in their own way, but it’s Trevor that needs to step up and make the first step. This is where I have to applaud Greg Tremblay’s narration. His voice is so natural and nails both James and Trevor’s story. This isn’t an angsty story or some quick insta-love story, this story has deeply developed characters and plot. I felt every moment and didn’t want the book to end! Trevor and James are wonderfully realistic and relatable – and they chemistry is off the charts. Any Andrew Grey fan will love this story. It’s full of heart, with a good dose of suspense and drama to go along with it.