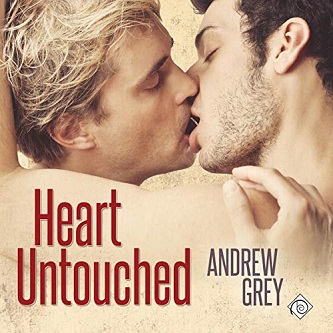 Blurb: An accident crushed Duncan’s Olympic dreams and landed him in a chair, but he knows it’s time to get his life back on track – and he has a plan in mind. Working with his friend Todd, an Olym-pic skeleton racer, on a promotional campaign will not only help Duncan regain some direction, but it’ll give Todd the financial boost he desperately needs. The sport Todd loves is draining his resources – so much so that he’s thinking of giving up racing just to make ends meet.

As the two men work together, their friendship blossoms into much more, and suddenly the future is looking brighter than it has in a long time. But just when love, happiness, and success seem within their grasp, the USOC steps in with plans to stop their campaign. That’ll mean an end not just to Duncan’s business, but to Todd’s dreams…and Duncan isn’t about to let that happen to the man who means everything to him.

The audio narration was performed by Greg Tremblay. Tremblay is a brilliant narrator and I have enjoyed many of his performances of Grey’s work. I love how Tremblay enhances a book by just changing his tone, giving characters their own voices and sometimes making audio experience more relatable and easier to connect to characters than just reading the book.

Part of me was a little disappointed that I didn’t love the book as much as I normally would an Andrew Grey book, and I got no idea if there has to do with either the story itself or the narration. Nonetheless, this was still an excellent and thoroughly enjoyable read. I just hold Grey to higher standards, haha.

The story starts with Olympic skeleton racer, Duncan. Unfortunately, a major accident during competition has not only shattered his dreams of competing in the Winter Olympics, but he is also now confined to a wheelchair. Duncan is lost now, but his friend and one of his fellow skeleton racer teammates, Todd.

Being an Olympian is not an easy thing. Obviously, one has to be absolutely awesome at their chosen sport. But there is also the endless need for funding so that they can take months at a time to train and meet whatever other requires are set by the US Olympic Committee. Back home, Todd is making money but is feeling the noose of tight finances threatening his Olympic dream. Add to that his friend Duncan has had his life shattered, receiving very little help from the sport governing body that had dictated their lives for so long, leaving Todd with rather mixed feelings. But with Duncan struggling, Todd also needs to help his friend. Lucky for Todd he works as a mechanic for a man who employs both a blind man and a deaf man, so he has the support of his wider group of friends to help Duncan find his way through his new normal.

The romance between Duncan and Todd is sweet and slow-burning. The fact that these guys are friends and have great chemistry is a plus. While there were times where the story felt a little flat, it was OK because these guys felt like your normal, down to earth sort of blokes. This is a real sweet, heart-warming and generally just filled with hope.