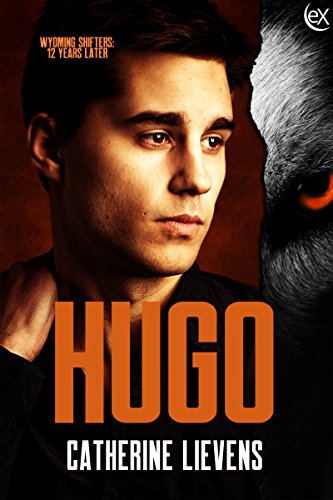 Blurb: Age is just a number, especially when it comes to love.

Hugo never expected his life to go the way it has. He’s only twenty-one, yet here he is, single father to a three-month-old Ennis. His parents aren’t happy he made the decision to keep Ennis, but he’s dealing with everything better than he ever thought he would, and when he meets his mate, he feels everything coming together.

Leo is lucky his son lives in Gillham. With the help of the pack, he managed to beat cancer, and he can now focus on Brian and his mate, Josh, and on rebuilding his life. He knows it won’t be easy, but at fifty-four, he doesn’t expect much. He certainly didn’t expect to have a mate and for him to be thirty-three years his junior.

Leo tries to stay away from Hugo because he thinks he’s too old. No one else seems to think that’s a problem, or no one who matters, anyway. But will Leo be able to get over his hang-ups and give his relationship with Hugo a chance? The family he’s always wanted is right in front of him. Will he take that opportunity, or will he let his age get the better of him?

Review: Each book in the Wyoming Shifters: 12 Years Later collection features a new romantic couple. To enjoy the overall story arc and crossover characters, I would recommend reading the series in sequential order. This series is branched off from Gillham Pack and Whitedell Pride, so I would suggest starting with them.

Leo’s foster son brought him to the pack to live when he had gotten cancer for the second time. Now that he was cancer free, he wanted to start his life over in away. Let his son and his mate have their lives without having to worry about him. He had not expected to find out that he was a mate. Nor the fact that he was over thirty years older than said mate.

Hugo was a single dad of a baby at the age of twenty one. He lived with friends or should I say foster brother and mate, but he wanted a place that would have a bit more room. His parents had not wanted him to keep the baby but they were slowly realizing that was not an option, nor the fact that they thought they were better for the baby. When he found his mate he was happy as hell, but knew it was going to be difficult. Difficult in more ways then one.

This author was one of my favorites and I knew that she would become an automatic buy author. She has not disappointed me in a bit. This series caught my attention from the moment I started reading and kept it all the way to the end. The characters are a blast to read about and their stories are pretty unique.

I had a lot of fun reading it and can’t wait to get my hands on the next story. This is one author whom I would recommend for all her books.