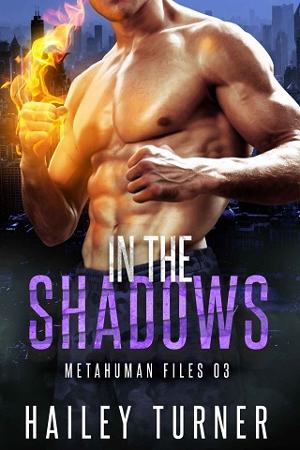 Title: In The Shadows

Staff Sergeant Alexei Dvorkin doesn’t trust easily, and he most certainly doesn’t trust spies. He’ll work with them if ordered to, but that doesn’t mean he has to like it. Except Agent Sean Delaney is proving to be the exception to the rule. There’s something about Sean that gets under Alexei’s skin and won’t let go. Alexei would be lying if he said he wasn’t interested in what lay beneath the agent’s mask. When they’re assigned together for a mission, Alexei vows to keep Sean safe all while trying to coax the hot agent into his bed.

Agent Sean Delaney has spent his entire adult life living a lie for his country. When the MDF tasks him with finding evidence of criminal wrong-doing against the owner of a private military company, Sean knows exactly how to play the game to get what he wants. He just doesn’t know how to handle Alexei’s advances, nor his own attraction to the younger soldier. Being a spy is lonely work, and Sean knows he should keep his distance, but saying no to Alexei is impossible from the moment they first kiss.

In a world of lies, the truth can be deadly.

When the mission takes a turn for the worse, the only thing left to do is run. In the wake of betrayal, and in the path of danger, can their fragile trust survive the battle?

In the Shadows is a 104k word steamy gay sci-fi military romance with a HFN ending that skirts HEA. There is military violence within the story that may not be suitable for everyone, as well as explicit intimate scenes not suitable for readers under the age of 18. This is a direct sequel to In the Ruins and reading the previous books in the series would be helpful in enjoying this one.

Review: I absolutely loved this story about Alexei and Sean. We meet them in a previous book. In this story they team up on an undercover mission that goes wrong. The plans and subsequent revelations that take place throughout had me breathless.

These two men are very different from one another yet compliment the other. Their powers are mindblowing. Even though technically Sean is part of the CIA I suspect he will be added permanently to the team as he is good match for them.

Action packed and full of intense situations and some humor this story packs a punch. I truly felt like I was witnessing everything happening with all the amazing play by play details during the battle scenes. Best book in the series so far with amazing characters that added to the story. The only thing that irritated me was the lack of a glossary for the meaning of Russian words that were prevalent throughout the story. So I just guessed as to their meanings as I didn’t have time to look them up.