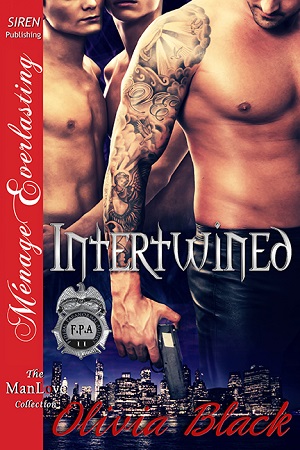 Blurb: Park Young-Jin and Johnny Khang are brought together when FPA headquarters comes under attack, and Park gets shot. In order to save Park’s life, Johnny, an FPA trainee, offers to change him into a vampire, and Park agrees.

Johnny knew that by changing Park into a vampire, he would be creating a blood bond. The consequences didn’t matter. His only concern was saving Park’s life. Soon after, Johnny learns that Park is Axel Lee’s mate. Even though he wants to stay with Park, Johnny leaves. He doesn’t have a choice. Park belongs to Axel. With distance, comes untamed desire. It’s impossible for Johnny to stay away from Park when he wants the young man for his own.

Axel is conflicted. Even though Park is his mate, he can’t deny the blood bond. Axel wants to keep Park to himself but, he knows that the young man is in pain without Johnny. It’s up to him to think of a solution that will make the three of them happy.

Park was just trying to protect his brother and himself. He was the creator of something dangerous and now they wanted him dead. He was being asked for information but somehow well you can guess. Johnny saved his life by changing him into a vampire but it created a tight bond. To bad he is mated to Axel, but he just couldn’t let Johnny go either.

Axel is a powerful lion shifter and Park’s mate. He had no clue what he was supposed to do, but hey a ménage might just be fun. Now if his lion will go for the idea and Johnny.

I wasn’t really sure about this one. I hate to admit that it didn’t keep my attention like the others. The characters were cool and fun, but lion shifters don’t share their mate as easy as this book makes it come out to be. I loved the characters but the story not so much. It was just kind of weird and off.

I hope the author doesn’t follow this pattern with the rest of the books. Other than my issues with it, it is well written and pretty hot. It is a good story and has an amazing plot going on. I just didn’t like the feel that they were cheating in the beginning. I hate to admit that I don’t really see myself reading this more than once.