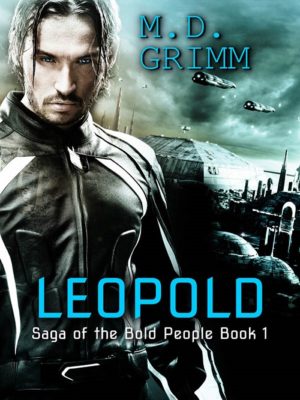 Series: Saga of the Bold People 01

Blurb: How does a human survive in an alien dominated InterGalactic Community? By becoming an assassin, of course.

At least, that’s what Leopold thought when he became an assassin for the elite. Pretending to be an alien known as Voidstriker, Leopold feeds his appetite for vengeance, killing aliens as well as taking their money. It’s a win-win to his mind. That is, until a bounty is placed upon his head.

With his true identity now revealed to the IG Community, Leopold knows it’s only a matter of time before the powerful family members of his victims come for blood. Far worse is the fact that the one who put the bounty on his head, is the one he most fears.

A routine job three cycles ago brought him face-to-face with Mastrodai, a prince of the powerful Mrrog Nation. Not only did Leopold—accidentally—destroy part of Mastrodai’s moon, but one glimpse of the mighty alien had him feeling desire for the first time in his life. He ran, and like predator after prey, Mastrodai never stopped hunting him.

Leopold is convinced that Mastrodai wants bloody revenge. But when he finally confronts the mrrog, he is stunned to realize Mastrodai wants something very different. Something surprisingly intimate—the one thing that scares Leopold more than torture.

Review: Leopold is a human in an alien world. Since the humans have no home world they are considered slaves as per the intergalactic treaty put in place to protect those that do have a homeworld. I thought this was a little extreme as everyone deserves to have rights. He becomes an assassin and is pretty good at it until he see’s Mastrodai, one of the high lords.

Mastrodai chases after Leopold for a long while until he’s finally captured, then forces him to bond with him. I liked the story but felt certain situations did not match with Leopold’s character and threw me at times. The different species that are introduced are many.

I liked the descriptions of the worlds in which Leopold visited. Each was different and unique though Leopold was not there for very long. All in all I felt that some of the story could have been cut out as it was at times too much information. The sudden switch in timeline was jarring at the beginning. Especially when Zed dies, that came out of nowhere.