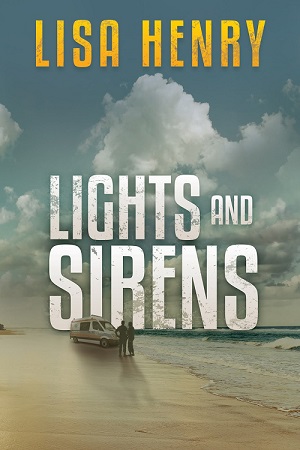 Blurb: Paramedic Hayden Kinsella is single and the life of the party. He likes driving fast and saving lives, and he doesn’t do relationships—he does hookups. Except he wouldn’t hook up with copper Matt Deakin if he were the last guy on the planet. Hayden thinks the feeling is mutual . . . until clearing the air leads to a drunken one-night stand, which leads to something neither of them was expecting: a genuine connection.

Police officer Matt Deakin moved to Townsville to take care of his elderly grandfather. In between keeping an eye on Grandad, renovating his house, and the demands of his job, he somehow finds himself in a tentative relationship with Hayden and very slowly gets to know the damaged guy beneath the happy-go-lucky persona.

But the stressors of shift work, fatigue, and constant exposure to trauma threaten to tear Hayden and Matt apart before they’ve even found their footing together. In the high-pressure lives of emergency services workers, it turns out it’s not the getting together part that’s hard, it’s the staying together.

Review: Hayden and Matt didn’t really have a good start. Matt had given Hayden a speeding ticket and Hayden had flirted with him. Now every time they came across Hayden kept sneering at him and talking crap about him. That is until one night and they figured out that their actions had been taken wrong. Now here he was slowly getting to know the man.

Matt had thought that Hayden had flirted with him to get out of a ticket. Had he known that the man had liked him, things would have gone a little smoother. Then after several incidents going wrong, Hayden had lost his place in the world. It was going to take Matt some time, but he would get the smart ass back in place.

At first I will admit that this story didn’t really do anything for me. It has humor in it but it was mixed with a tone that didn’t do it any justice. However once I got into it, the story actually got better. I will tell you to have tissues waiting because there are some pretty strong feelings going on. Not all of those feelings have to do with their love life, but life itself. The characters are strong but I didn’t see an alpha character with them. They were more on an equal level.

I was actually quite surprised and very entertained once I got into it. I didn’t much care for the cover though, it just didn’t do the story right. It has an even pace to it but the story itself was a little dry.

Overall the story was pretty good. I can’t say that it will be read more than once though. I didn’t get a chance to read the first book, but I will be checking it out later.