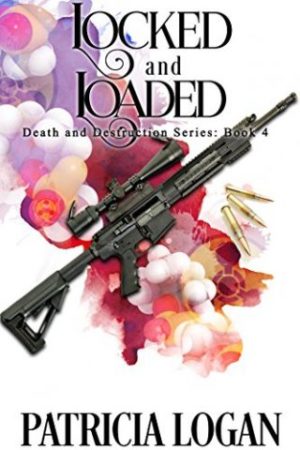 Blurb: ATF agents Thayne Wolfe and Jarrett Evans are back and this time, they’ll be facing a familiar foe. International arms dealer, Mills Lang, has acquired a stolen cache of tabun, a powerful nerve agent, to sell to the highest bidder. The last thing either Thayne or Jarrett wants to do is get involved with the psychopath again but duty calls. Jarrett is sent in undercover as an Iranian who’s looking to trade cold hard cash to stop the deadly weapon’s sale only to learn he has to bid against the world’s nastiest scumbags.

Thayne has spent countless nights lost in the nightmare of what happened when he’d been undercover in Lang’s organization. The time has come to face old demons and save thousands of lives, putting Lang down like the rabid animal he is. Unfortunately, the assignment requires Thayne to sit helplessly on the sidelines, forced to watch the man he loves put himself in the monster’s path.

Jarrett has revenge on his mind. Holding Thayne when he’s woken screaming from nightmares, he wants the mad man responsible, behind bars or better yet, dead. Unfortunately, the assignment involves getting close to a former lover. Gorgeous Mossad agent, Adael Dayan, is Jarrett’s only way into Lang’s circle with Thayne forced to watch from the sidelines. Thayne and Jarrett have faced the Devil before, but always together. Will this case drive a wedge between them or will their love endure?

Review: A great addition to this series as Mills Lang, the evil arms dealer is back in this book and it is up to Jarrett and Thayne to stop him. Mills has a deadly nerve agent called Taban that he plans to sell to highest bidder. As with the other books this one has plenty of action.

A few scary scenes, a mystery man, plus a lot of hot action made for an outstanding read. I love the chemistry between Jarrett and Thayne. The secondary characters added to the appeal of the story. Jarrett’s ex is back and it causes Thayne to get jealous on top of everything else going on.

Twists and turns lead the reader on a journey of trying to stop an arms, figure out who the mystery man is and what he wants. It’s a roller coaster of emotions as well as a great book. I loved it.