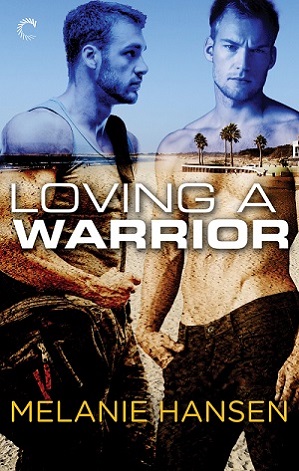 Blurb: BUD/S: six months of the most intense training there is. It’s survival of the toughest, and Matt Knytych is determined to come out the other side a navy SEAL.

Distraction is life or death. And just the sight of former marine Shane Hovland is enough to shake Matt’s concentration.

Shane came to BUD/S training ready to prove himself—again. Semper Fi is forever, but he needs a new start. Not this dangerous heat with a man he barely knows.

Everything they’ve ever wanted is riding on a thin, punishing line. And they’ll have to fight for more than just each other if they want to make it through intact.

After all, the only easy day was yesterday.

Review: Matt would do anything to make his uncle proud. His uncle had been a navy seal, and that was his goal. He didn’t want anything to get in that way, that included the sexy man he ran into. He should have not been surprised to find that sexy man was also one that was doing the BUD/S training.

I am going to admit that I didn’t even check this book out. I was asked to review this story and honestly thought that it was one of my Christmas stories to do for the holidays, so I was a bit disappointed that it turned out to be something different. I was also not into it as much as I should have been. It has a dry tone to it and a very slow pace that didn’t give it any justice. I could have done without the whole back story and their training. It made the story dull quite a bit.

I had mixed emotions on this book and wasn’t really impressed with it. That is not saying it isn’t a good book because it really is a good story, however it was also boring to me. There was just so much that wasn’t needed in this story and it made it draw out the enjoyable parts. I hate to admit that this book just didn’t really catch my attention nor did it keep it.

Had this book been a bit shorter without all the added parts into it, this would have had higher marks with me. As it is though, it makes me want to hide from the next book. I am afraid that this book just didn’t do it for me.