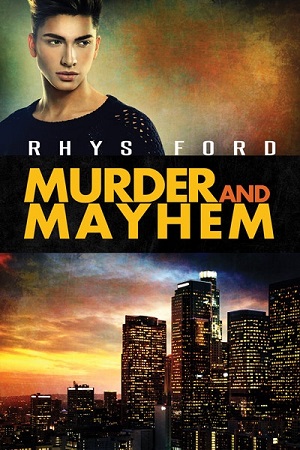 Former cat burglar Rook Stevens stole many a priceless thing in the past, but he’s never been accused of taking a life—until now. It was one thing to find a former associate inside Potter’s Field, his pop culture memorabilia shop, but quite another to stumble across her dead body.

Detective Dante Montoya thought he’d never see Rook Stevens again—not after his former partner’d falsified evidence to entrap the jewelry thief and Stevens walked off scot-free. So when he tackled a fleeing murder suspect, Dante was shocked to discover the blood-covered man was none other than the thief he’d fought to put in prison and who still made his blood sing.

Rook is determined to shake loose the murder charge against him, even if it means putting distance between him and the rugged Cuban-Mexican detective who brought him down. If one dead con artist wasn’t bad enough, others soon follow, and as the bodies pile up around Rook’s feet, he’s forced to reach out to the last man he’d expect to believe in his innocence—and the only man who’s ever gotten under Rook’s skin

Review: If there is one thing in life Detective Dante Montoya hates, it’s Rook Stevens. The pain in the ass, sly thief got under Dante’s skin several years back on a case, and never wormed his way out. His former partner was so certain of Rook’s guilt that he stepped outside of the margins and tried to frame Rook, costing him his badge and damn near cost Dante his as well. Now two years later, Dante is the lead on a call to Rook’s shop, where there just happens to be a body. Oh happy day!

Rook has been on the wrong side of everything, including the law, since the day he was born. His mother was worthless and left Rook the day after he told her “I like boys just like you.” He was eight. Rook may be a thief, and a damned good one, but he also has a conscious and tries to help out his fellow dregs. So when he finds himself on the run first from Dante and the cops that think he killed Dani. Then on the run from someone hell bent on killing him, Rook calls the last person you’d think he had on speed dial, Dante.

Things go from bad to worse real quick, but in the middle of all the murder and mayhem, Rook and Dante carve their own little piece of heaven wrapped in each other’s arms. But Rook doesn’t understand the concept of love, because he has never had it. Can Dante tame the frisky feline he’s sleeping with? Then you have to ask yourself, does he even want to tame Rook, or lead him around on a leash. And let’s not forget about that pesky psychopath blazing through town leaving a trail of bodies and body parts in their wake, trying to get their claws into Rook.

Holy Christ, I think this is hands down the best book Rhys Ford has written to date. Don’t get me wrong, I love everything of hers I’ve ever read. This book went above and beyond though. It’s like she took ALL the Morgan men personalities, bottled them up, shook the shit out of it, and when she let the cap off, out popped Rook! And Dante, if I didn’t know better I would think that Cole finally figured out how to get Jai pregnant and Dante was their love child. I laughed so hard I think I literally pee’d my pants.

But then there was a lot of action, suspense, dry humor and passion. Dante tried very hard to hate Rook in the beginning, but it was cute how much he didn’t hate him, not even a little. There banter back and forth could only be described as foreplay. The writing was off the chain, the storyline solid and the characters were seriously flawed (I can think of a better F word) which gave them depth. Even the secondary characters were so well planned and placed within the story.

Definitely a must read, for so many reasons. Intriguing, engaging, passionate, sexy and hysterical are just a few adjectives I’ll use to describe this book.