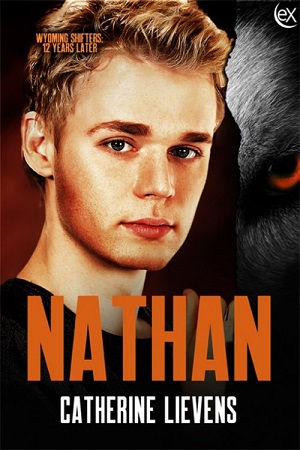 Blurb: Mishka Fadgen is new to the Stone Ridge wolf pack, and after losing a challenge to earn the beta position, he’s offered a slot as an enforcer instead. His first task comes soon, as the alpha’s daughter, Sara, goes missing from college. Mishka accompanies several others to San Francisco, following a lead to her whereabouts. While his alpha is busy consulting with a detective who’s aware of shifters, Mishka hits the streets and starts searching. What he finds, however, isn’t what he expected—his mate. Mishka discovers a young, crippled human living in an abandoned warehouse. With a lot of coaxing—and the promise of a good meal and a hot shower—Mishka convinces Aramis to join him at the home the shifters have rented. When the detective shows up, an untrusting Aramis disappears. Learning that Aramis may be able to help discover Sara’s whereabouts only heightens his need to find the man once more. If Mishka manages to track Aramis down again, can he convince his mate that his intentions are sincere and not just a means to an end?

Review: Each book in the Wyoming Shifters: 12 Years Later collection features a new romantic couple. To enjoy the overall story arc and crossover characters, I would recommend reading the series in sequential order. This is branched off of the Whitedell Pride and Gillham Pack collections.

Luke was one of the three kids found and rescued several years ago in a lab. They were not born but created. They had the same gifts as many of the paranormal’s but could not shift into an animal. He knew they could get mates, but for some reason he believed he wouldn’t get one. After a wicked night at the club where a guy OD’d, he found his mate. A mate that he ran from.

Felix has lived as a human since birth, but he was in fact half human and half demon. His mother had been full demon but the moment she married his human father, the other demons had cast her out of their realm. For some reason she wanted him to mate a full blood demon thinking it would get them back home. However he had met his mate or at least he was told he did. Demon’s didn’t have mates, so it was a nice surprise to find out that he was a shifters mate.

Then there was a drug out there that worked on shifters but also either killed them or turned them into rabid animal’s. Of course even after it turned them rabid, they still died. Now they needed to figure out what was going on. As alway Catherine has given me an amazing read. Excitement, action packed, danger filled and let’s not forget those sexy times are just a bit of what you get in this story.

Now for the downside, it just ends. It didn’t even give me any warning but just ended. It was a bit disappointing and a letdown. However that won’t stop me from reading it over and over. I can’t wait till I get my hands on the next book.