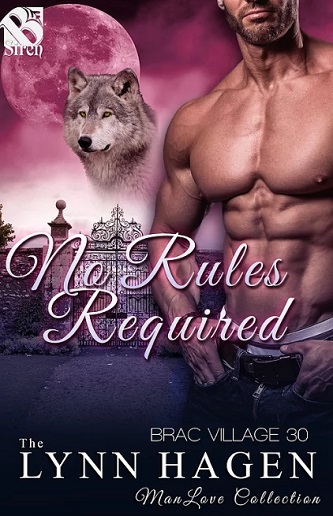 Blurb: Desperate to get out of a bad situation, Corey flees the city only to find himself in some small town. Brac Village is a hidden gem, an oasis for Corey to figure out his next move. Or so he thought. For two days he slept in his car, unable to find a place to rent, until luck strikes and he overhears some guy whining about needing a roommate. Corey feels as if his life is finally turning around, until he meets his roommate’s uncle. Lord help him.

Jake has been given an undercover assignment from his boss back in Chicago. Find the partner of the dirty cop and take him down. Everyone on the Brac Village police force is a suspect, and Jake is determined to catch the killer. What he hadn’t expected was to find his mate. But Corey’s not easy to pin down, not when he’s hiding secrets about a past he’s running from.

Corey flees an abusive situation and ends up in Brac Village. However he seems to only have bad luck. He can’t find a place to stay for one. That is until he overhears someone who needs a new roommate. Things might just be looking up especially when he even lands a job.

Jake has been assigned to find the man who killed an innocent. He joins the police department in Brac Village and has the luck of finding an apartment right across from his nephew and his mate. He knows that one of the killers had been a cop that had been killed not too long ago, but to him everyone at the station might just be the other killer. He must protect his mate and in comes the surprises with this one.

I enjoyed the humor mixed in with the seriousness of the story. The characters are quite enjoyable and sweet, or at least Corey is. Jake is a bit like the cop down the street, hard headed and strong. I like that the story is full of action, excitement and entertaining. However it felt rushed which has been a pattern with the last few books by this author that I have been reading.

Other than my issues with the story it was an enjoyable read it and I look forward to the next book.