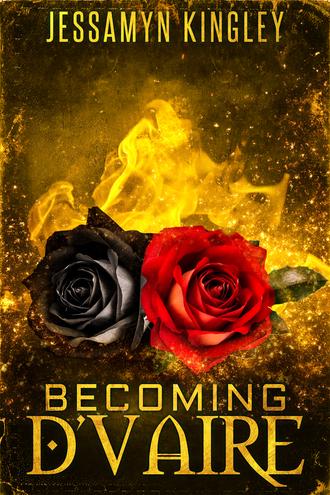 Blurb: High Arcanist Delaney D’Vaire is the world’s only dark wizard, something that has alienated him from his people since birth. Orphaned as a child, he is shuffled around until the Prism Wizard sees his potential, steps in, and enrolls him in school. Though he never truly feels like he belongs, Delaney excels. Graduating at sixteen, he applies to a unique sanctuary, and his life forever changes when he is accepted. Delaney has the family he’s always wanted; surrounded by love and support, he’s grown into a young man, giving everything to help the people who still scorn him, though he continues to doubt himself. All he needs now is his mate, but Delaney is skeptical that even Fate could come up with his perfect match.

Vampyr Lord Grigori Volkov is the genius of his family. Numbers line up in his head, and he loses sight of the world around him. At fourteen, young Grigori creates a nearly synthetic version of blood to sustain his people, saving countless lives. Content to remain out of the spotlight, his involvement is kept from the general public. Since then, Grigori has spent most of his time alone in his lab, learning all he can and pushing his limits. At twenty-six, Grigori is content with his solitude and doesn’t believe Fate has him in her sights.

When the High Arcanist and the Vampyr Lord appear at the same event, they are stunned to find that Fate indeed has a plan for them. Reeling from their discovery, the mates set upon the task of getting to know each other. It does not take them long to find common ground, but as Delaney and Grigori build their life together, old foes will test them and their entire family. The path Fate has laid out for them is not simple, but they must be strong enough to trust in each other and stand together rather than alone to learn what it truly means to become D’Vaire.

Review: In this addition to the D’Vaire series Delaney is front and center as he meets quirky, scientist vampire Lord Grigori. I loved Grigori and his absentmindedness. It was so cute when he panicked after missing their first date by accident. These two were a great match for the other. Delaney’s familiar was a riot with what he did to Grigori while he was sleeping.

Though the majority of the book surrounds Delaney and Grigori many other things are happening as well. We finally get a resolution to Latarain and her evil grandfather once and for all not to mention shadowwalking and a few other things that happen along the way.

This is a fantastic series as each new character that is introduced seems to fit the D’vaire family perfectly and further the series into deeper depths. I am looking forward to seeing what happens next. I am curious why the wife of Duff’s brother was not prosecuted for what she did, after all she did travel to the United States in an attempt to kidnap Delaney so she should have been brought back to stand trial. Surely the sentinels or reverent knights could have picked up on her magic signature or what have you but that’s my opinion.