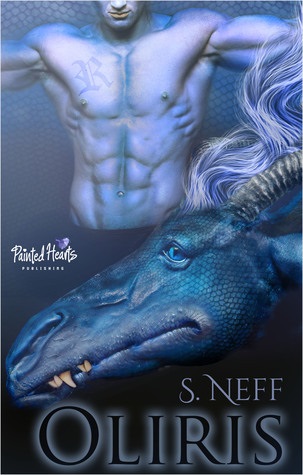 Blurb: Senana Saz Rays has been sentenced to four years of slave labor on prison planet Indiku after assaulting his state appointed psychiatrist. Leaving his lover Rhyan behind on earth, Sena spends his time on the planet Indiku working with the coveted medicinal leeri flowers. Although a slave, he can’t help but find peace in the mundane life he’s lived on the alien planet and the wondrous sightings of the indigenous Zanzi that look so much like mythical earth dragons. Senana is just one year shy of going home and being with Rhyan again when all thoughts of freedom are swiped away as a massive Zanzi takes him from the leeri fields and back to the mountains it calls home.

La’el is a proud Zanzi. His only wish was to find a life mate and experience the bond his parents share. When he finally finds him in the leeri fields he doesn’t hesitate to take Sena— even their vast physical differences won’t dissuade the young Zanzi. La’el will do anything to prove to Sena that they are meant to be together, even if he’s unsure how to convince his human mate.

Both La’el and Sena are about to find out that there is more between them than either of them could ever imagine. Their bond affects more than just their fate, but also reveals a true evil buried in the heart of Indiku, and all the way back to Earth.

Review: I was intrigued when I was sent this book to read. I loved the descriptions of the planet where Sanana was sent to do his sentencing. Santana seemed rough and scary at times. La’ael was so sweet and caring toward Sanana.

I understood Sanana’s anger at having been taken away and mated to La’al with no knowledge of what that entailed. However, I thought it cruel that Sanana had La’al take him to earth just to reunite with his lover Rhyan. I mean who does that. This book ends on cliffhanger but if in the next book La’al decides Rhyan is his mate or lover as well I won’t believe it. He looked in Sanana’s memories and saw Rhyan and felt nothing but jealousy.

I really do not know how I felt about this story other than it was confusing at times what Sanana actually wanted.