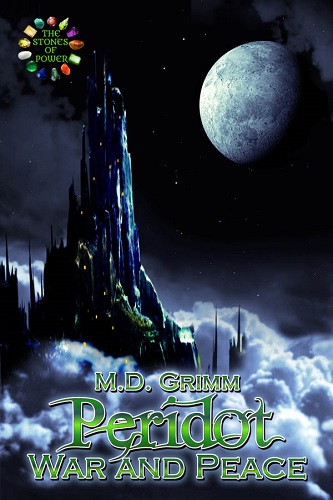 Blurb: Morgorth is considered a villain by his own people and known as the Dark Mage of the North. But now all he feels is light and love as he pursues a budding relationship with Aishe, a dialen of the Ravena tribe. Morgorth hardly believes his good fortune. He has allowed Aishe into his home, into his bed, into his heart. He laughs more, smiles more, and feels happier than he ever has before.

He should have known such bliss never lasts.

The Council of Mages, the ruling body over all mages on Karshian, knows he has Rambujek, a major stone of power—a stone won from an evil sorcerer. They also know his destiny—to become the Destroyer. Fearful, they send two emissaries to take the stone from Morgorth, using whatever means necessary. This includes tricks, threats to those under his protection, and the threat of war. A war Morgorth knows he would never survive.

Conflict soon arises between him and Aishe. Their tenuous relationship is put into jeopardy, their very beliefs about themselves and their love is put into question. Morgorth doubts if he should keep Aishe in his life. He doesn’t know if he can protect Aishe from his enemies. Or from the monster he might become.

Review: Morgorth and Aishe are settling into their lives together and as such we get to see them in more intimate settings. There were a lot of those scenes throughout. Morgorth finds the council of mages wants the ruby stone he took from the mage in the last book and sends mages to get it by trickery, deception and threats. They also fear what Morgorth will become.

We are introduced to even more conflict in this story as Aishe and Morgorths relationship is tested.

I liked the story but at times I felt conflicted with it. I really liked Aishe and Morgorth together as Aishe seemed to ground Morgorth.