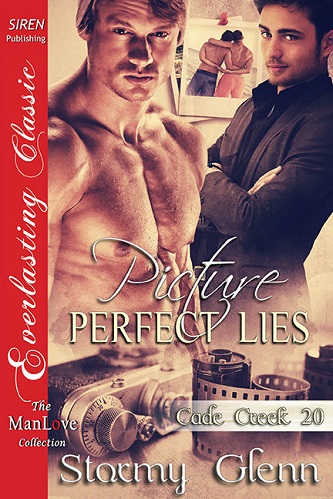 Blurb: Senator Wilson Khor II came to Cade Creek to meet the son he never knew he had. He didn’t expect to meet the man of his dreams. When someone starts digging up secrets from his past, keeping his political career may be the least of his problems. It could cost him the man he’s falling in love with.

Jayden Grant had one job. Dig up dirt on Senator Wilson Khor II. Finding out why he was in Cade Creek was just part of the deal. Falling for the senator was not. Yet, Jayden found himself pretending to be someone else just to spend more time with the handsome man. But lies have a way of catching up to people and Jayden is no different. He just has to hope Wilson will still want him when the dust settles.

Wilson’s father is quite an ass, or should I say he was. He left his son a letter and video of all the evil he had done. He let Wilson go through life not knowing he had a son or that his son’s mother had died when he was young. He wanted to get to know his son but was afraid the fact that he was a state senator would bring the press in. He had not expected to meet Jayden.

Jayden was a b-rated reporter who loved to take pictures. His boss was an idiot and he knew the moment he mentioned he saw the senator, he screwed up. Especially after the one night of hot sexy times they had. Now he had to find a way to fix it all.

I fell in one with this series in the beginning, although I have to say that Happy is still my favorite. In this story these guys just seemed to work together although Jayden’s reaction was funny as hell. With such a serious topic this story has quite a bit of humor mixed in which makes it stand out even more with me. Seeing the guys from previous books were a hit, especially Happy. I love when the town stands up to the bad guy and shows their feelings right from the start.

I wished it had been longer but I can honestly say that this is one of those stories that will be read many times over. I had a blast reading this and can’t wait to get my hands on the next story.