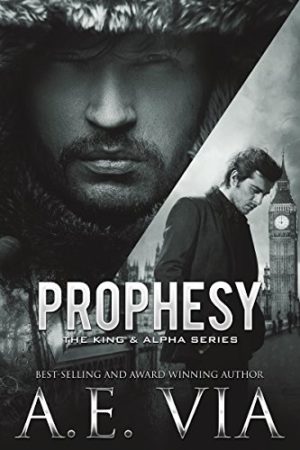 Blurb: Men found him attractive, interesting even. He was like a fascinating experiment gone wrong that men liked to investigate. He’d get a date – or two, if he was lucky – but it wasn’t long before Brian’s darkness showed, and the men were running from him.

Brian King was honorably discharged from the United States Navy five years ago. He’d left with the highest honors a man can receive in his country, but he’d paid the ultimate price to earn them. He was considered one of the best; an Intelligence Officer in a Joint Special Operations Delta team that’d been a twelve-man wrecking crew. They’d thought they were invincible… until they weren’t. Brian was the only member that survived the ambush. He survived ten months of pain, of torture, only to emerge on the other side a warrior. A POW survivor. He’d returned home with all his limbs, his right mind, and with his only brother Ford, at his side. But, one thing had been lost, maybe for good… his voice.

Now, being a bounty hunter is Brian’s only means to satisfy his need to calculate, track, and capture. His only outlet to the stress caused by his silence. He was good at what he did. But, all work and no play for a forty-four year old man was taking its toll. Brian wasn’t a faulty experiment. He missed companionship, he missed communicating. So, when he met Sway Hamilton – in the most unconventional means – he’d been surprised at his special way of understanding Brian’s every look… and touch.

Sway grew up in the rough part of ATL, trailing behind his twin brother Stanton and his best friend, Dana. He and his brother had a bond only twins could understand. So when Stanton’s life was taken during their sophomore year in college, Sway didn’t think he’d ever recover. He finally finished school, got his masters in nursing, worked hard, and focused on taking care of his mother. However, Sway knew there was more to life than heartache, and caring for others. There had to be. But he didn’t know what any of those things were until he met a dark hunter that blew his mind… and the intense man had never uttered a single word.

Brian and Sway can feel the powerful connection between them. It was there from the start—but both of them have battled with loss and anguish for so long, neither understand that love can ease all of it. Do they have the courage to battle through it together? Sway has to learn to trust in love, and Brian has to believe that Sway will always understand him even if he never speaks again.

Review: This novel is part of a series but can be read as a standalone. Although I would read the first book first, otherwise questions arise on the other sexy men. I hate to admit that you can guess what the book is like and how it will end just by reading the blurb. So I am glad that I never read it till now.

I have not read but a couple of books by this author so I was quite surprised by this book. It makes me want to go read the first book. Now the book is a bit long winded but is still quite a enjoyable read. The characters are quite sexy, charming and have just a bit of a troubled past. The plot is solid and very strong, just like the characters.

Brian is a retired navy seal who has had a rough time. He had been taken prisoner along with his partner, but his team was killed in front of him. He never said a word, and it followed him even after his brother rescued him. He was mute but one of the best damn hunters the bounty business had. His personal life however was not so good. They would see his dark side and run. Just as the sexy man at his brothers.

Sway is one hell of a nurse and has a wonderful life. His past was hard but he has overcome quite abit, that is until he meets Brian. He sees the sexy man for what he is, but it still takes him time to come to terms with everything. Danger and excitement are just a bit of what you get with this story. These are two very strong willed men and their love is just as strong.

Now this book like I said above is very long winded but very good. It has quite a bit in it, that I felt could have been left out. To long a story and I tend to loose interest real fast, but it was enjoyable and quite fun. I liked the characters quite a bit and can’t wait to read the previous books in this series.

If the rest of this author’s work turns out like this book, then I can see myself reading more.