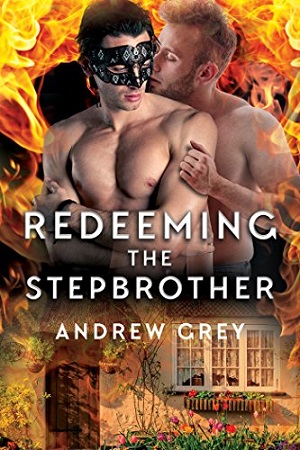 Blurb: Family can be a blessing and a curse, but for artist Florian, it’s a nightmare he longs to escape.

As chief designer for Bartholomew Porcelain Studio, Florian specializes in painting birds. He also watches them in the wild to distract himself from his short-tempered mother, at least temporarily. Florian’s heart is too soft to leave his stepsister, Ella, to suffer alone. Still, he can’t help dreaming about one day finding happiness and love.

When Count Dieter von Hollenbach arrives in town to visit a friend and present an award, he isn’t looking for romance. Then again, he doesn’t expect someone as perfect as Florian to come into his life. To make sure Florian is all he seems and that their connection is genuine, Dieter keeps his title to himself.

But he isn’t the only one with a secret.

At a masquerade ball to celebrate the award, some of the masks fall away, but those that remain in place could destroy the love beginning to grow between them.

Review: I love reading anything by Andrew Grey and will do so without taking too much notice of the blurb. I love his writing style, I always connect with it and always feel the emotions of the characters that he weaves throughout the prose. One thing is that this series tends to step away from having children so closely related to the MCs that they become almost a main character themselves.

Redeeming the Stepbrother is the second book in Grey’s Tales from St Giles series, and for the most part is based partially of the classic tale of Cinderella. Except that Cinderella character in this title seems to be shared by one of the MCs (the titular stepbrother) and his younger stepsister (who stays firmly as a background character). I love books that are either inspired by or are simply a modern MM retelling of the classic fairytales. Here, Grey only takes elements of the old tale and crafts the lives of people in an idyllic, sleepy town which is dependent on the Bartholomew family porcelain business to hire a great deal of the locals.

Basically, if you like the elements I just described, I know you’ll get a lot of enjoyment out of this book.

The story is the romance between Florian Cinderson and Count Dieter von Hollenbach. Dieter keeps his title a secret for much of the story, and with the last name Cinderson and a stepsister called Ella, it’s clear that Florian is the character to have elements of Cinderella injected into his story.

As I said before, he tends to share the Cinderella story with Ella. Ella is the one that is treated as a slave by her stepmother. Florian misses his deceased stepfather a lot, the man was an important role model for him, but the only reason he sticks around is because his mother and brother can be fairly horrible people. He loves his sister to bits and will do anything to protect her. It’s a complicated story to unpack, but that is why you need to read the book and I won’t make any potentially spoilery comments.

Dieter on the other hand Mr tall, dark, handsome and mysterious. He feels an instant attraction to Florian, the main reason why he was in town anyway. It was because of Florian’s artwork that the Bartholomew porcelain works were honored with a very important prize. Dieter has a complicated family as well, although his are not intrusive like Florian’s. Quite simply, in finding love Dieter begins to find peace with his past as he realizes the depths of what he feels and the importance of Florian in his life. The main hurdle these guys have to deal with in the end is the fact that they live and work in two different countries on two different continents.

I really adore both books in this series so far, I love the fairy tale element. I sincerely hope that there are more Tales from St Giles to come in the future.