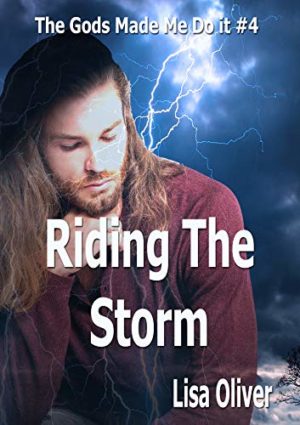 Blurb: Thor, Norse god of the storms, was extremely frustrated Lasse was making a heap of excuses to back out of all the fun activities they used to do before Lasse’s mate, Jason, got pregnant. It wasn’t as though he objected to his best friend finding his true mate, it’s just he didn’t think Lasse should worry himself gray over the things Jason enjoyed doing. And okay, maybe the storm over Manhattan wasn’t strictly necessary, but… who was that man who glowed in the rain? Yep, glowed.

Orin Green is a loner who keeps his head down and lives for his work. A strong believer in the ancient gods all his life, he has no problems splashing through the rain when Thor is throwing his temper around. He’s got other things on his mind. Like why Professor Foggerty hates him so much and just what is the secret of the book Foggerty wants translated? When things get out of hand and Orin’s attacked in his own apartment, the last person he thought would burst through his wards was Thor. It’s a shame the sexy god had to spoil his image by opening his mouth.

A magic book, a missing father, and Poseidon himself prepared to be a guinea pig? Orin’s life is suddenly turned completely upside down and through the middle of it all he has to contend with Thor’s efforts to be the mate he dreamed of.

Review: Each book in the The Gods Made Me Do It collection features a new romantic couple. To enjoy the overall story arc and crossover characters, I would recommend reading the series in sequential order. This series is connected to the Cloverleah Pack series so you might want to read those books first.

If you ever want to see a god protect his ass, read this book because the ending will have you laughing your ass off. And when I say protect his ass, I do mean his ass. Orin is part cat and part elf so magic is his way of life. When one of the professors asks him to look at a book, imagine his surprise when the book is of his linage. A book that the professor shouldn’t of had and one that could summon a true god. So you can imagine what he did.

Thor is the Norse god of the storms and a complete ass sometimes. He has a temper and pretty much loves to fight. He can fight what is to come but it will kick his ass. He has found his true mate, a mate that is sweet and cute. A mate that might just surprise him in the end.

I had been hoping for a bit more danger from the idiot professor but what happened to him was perfect. Never piss off a god, well unless he is your mate. It was exciting and gave me everything I could want in a book. Talk about some action you can find your self in the mix of. Some hot sexy time and a weird book, I could find that I would love that. My attention never left this book and I have to admit that I wanted to read it again immediately. I also find that I want to go read the previous books again also.

I had a blast reading this and can not wait to get my hands on the next book. This is one series I would definitely recommend.