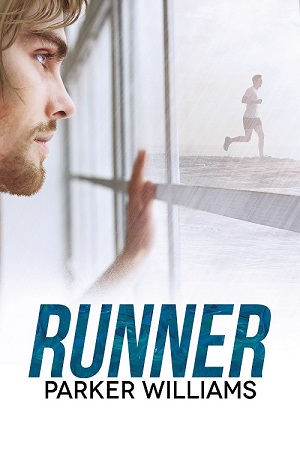 Blurb: Matt Bowers’s life ended at sixteen, when a vicious betrayal by someone who he should have been able to trust left him a shell of himself, fighting OCD and PTSD, living in constant fear and always running. When he buys a remote tract of land, he thinks he’s found the perfect place to hide from the world and attempt to establish some peace. For ten years he believes he’s found a measure of comfort, until the day a stranger begins to run on Matt’s road.

He returns every day, an unwelcome intrusion into Matt’s carefully structured life. Matt appeals to the local sheriff, who cannot help him since the jogger is doing nothing wrong. Gradually, after tentatively breaking the ice, Matt begins to accept the man’s presence—

But when the runner doesn’t show up one day, it throws Matt’s world into chaos and he must make the hardest decision of his life..

Review: Matt Bower lives his life as a recluse since he was attacked at sixteen. He’s Developed OCD and PTSD as a result. He has a daily routine and becomes panicked when said routine is interrupted or delayed. One day he sees a jogger running up the path toward his home. Since he lives out in the middle of nowhere there should be no one out there. It sends him in a panic.

Charlie is the jogger Matt sees. He’s curious about the shy recluse but knows he has to take it slow. I really liked that Charlie let Matt get comfortable with and move at his own pace. He knew this from Matt’s brother Clay. While I did not like the sneaky plan Clay came up with I also approved of the end result.

It broke my heart to watch Matt struggle with the memories of what happened to him. But, I was glad he started changing his routine after meeting Charlie. It was a gradual process that had Matt and Charlie getting together.