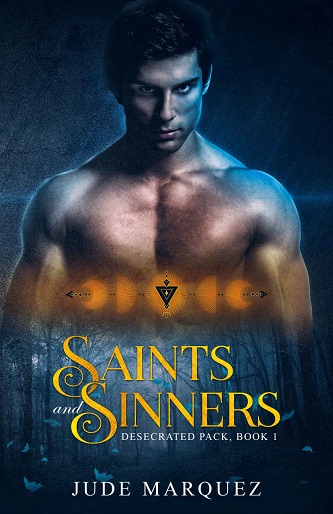 Blurb: The strangest things happen in the sleepy town of Glenwood Lock…

But if you’re lucky, you’ll make it out alive.

The Ortega family comes from a long line of werewolves and magic. They are a powerful family, one that puts the lives of the innocent above themselves at all costs. Alpha Celia and her brothers, Eli and Artie, thought they had seen it all. Their entire world is turned upside down when two college guys decide to walk home during a full moon and now, their small pack is transformed into something they never expected.

Lou Correa and Dante Navarro have been best friends as far back as they can remember. One walk home during a full moon threatens to change that. In a single instance, they are thrown into a world that is chaotic, unfamiliar, and terrifying. With trained hunters coming after them for powers they don’t understand, will they learn to survive? Can an unexpected romance help them or will it be yet another obstacle to overcome?

Honestly, will they even see the end of the week?

The Desecrated Pack: Saints and Sinners is the beginning of a new series, with a sweet MM romance, feisty characters, and a world filled with unexpected challenges.

Review: I loved this story about Dante, Lou, Eli, Artie, Celia and so many other characters. We get a first hand account into many of their thoughts and feelings as circumstances out of their control throw them all together in a bind to protect each other from a group of humans who are hell bent on making sure they don’t become too powerful.

The Ascendancy is a ruthless group in that they kill without discrimination. Is does not matter who the intended victim is they take them out to prevent paranormal groups from becoming too powerful. I was shocked by this as I did not understand why paranormals would allow humans to do this. Nevertheless it made for a powerful, emotional story that reveals secrets, a prophecy and making a stand against the injustice in the world placed on them by humans.

Fantastic beginning to a series.