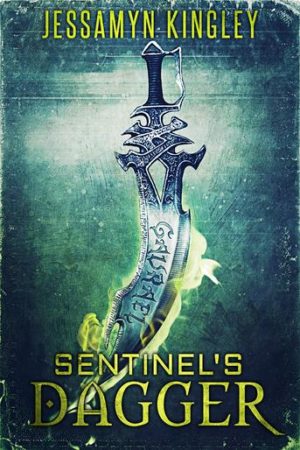 Blurb: Sentinels are as dangerous as they are mysterious. Not satisfied with the rumors that abound, the two necromancers at the Dragon Court of D’Vaire make the courageous decision to summon their soul bound assassins only to discover the two are mates. Ripped from isolation, Gavrael and Gedeon were never taught about matebonds. They quickly realize their old lives have ill-prepared them to understand the complexity of their new connection. Before the pair can grapple with the concept of loving, an old foe returns intent on settling the score against Grand Warlock Dra’Kaedan and the D’Vaire family. Gavrael and Gedeon soon discover it takes more than their trusty daggers to finally lay the past to rest..

Review: A lot happens throughout this book. Blodwen finally gets up the courage with the help of her mate and family, to summon her sentinel Gavrael. Gavreal after being confined for ninety seven years in what I would call a prison since he can not leave his room. I honestly did not and still do not understand why the sentinels are confined away from anyone, even their own kind as it was never revealed as to why. It seems cruel and inhumane.

Gavrael does not know how to communicate as it evident from the moment he appears. I felt so bad for him. He’s sorely lacking in social skills. Blodwen’s mate decides to summon his sentinel as well who ends up being Gavrael’s mate. The majority of the story is Gedoen being mad at Gavrael and Gavrael struggling not to piss his mate off.

Latarian is back and devises a plan to get power but is thwarted and finally dealt with like she should have been at the beginning. The D’Vaires gain two new members as result. Idris a warlock and Edion a Cwylld elf who has suffered greatly.

Though I liked the story I felt Gavrael and Gedoen’s back and forth to be annoying as it seemed too drawn out to me, not to mention the way the sentinel’s are confined. I found the actual information about the sentinel’s to be severely lacking in this book but hope there’s more information to be uncovered in future books.