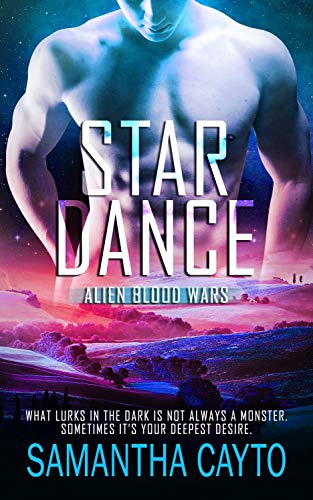 Blurb: What lurks in the dark is not always a monster. Sometimes it’s your deepest desire.

Malcolm MacLerie has long made his home in the wild Highlands of Scotland. Sick of the endless war with Dracul and living with terrible guilt over the crash, he seeks peace and quiet. When his captain asks for his help one last time, however, he can’t refuse. Honor demands no less. His surveillance of Dracul’s castle turns into a rescue mission when a brutalized boy runs right into his arms.

Brenin has survived the vicious life of being an alien’s slave. His desperate bid to escape leads him into yet another monster’s castle—or so he fears. The more time he spends with Malcolm, the more he doubts his own worries. He has to fight a pull toward this alien who wears a kilt and fights with a sword.

Malcolm isn’t looking to get attached to anyone, let alone a traumatized human, but Brenin’s knowledge of the monster’s lair makes him invaluable and forces them to work together. Duty turns to desire, despite his best intentions. Even as they fight their growing attraction, they keep getting in deeper.

Review: Brenin had been kicked out for being gay and did all he could to survive. That was how he ended up in such a horrible place. Now he was a slave to a monster that used men, got them pregnant as many times as he could and then killed them. He had no clue how to get out. To his surprise it was another slave, one that was heavily pregnant and wanted to die, that gave him the way to safety. Safety all right, one that led him into the arms of another monster, or so he thought.

Malcolm felt that the crash on the planet that they were stuck on. He felt the guilt and anguish from it. He would follow his captain any where but his heart had no longer been in it. He wanted to live his life alone so to speak, but knew he would always come when Alex called for his help. It led him to the young man that would call to him in a way no one else could.

Evil was out there and many twists will come to this story. This story more outlined the sexual assaults on the young humans who were being changed better than the previous books did. It had quite a bit more details to it that I quite enjoyed. I loved Demi and the young men a lot more than I really did the others. The lingo was a bit harder to understand but after awhile I figured it out. It is a very good story that is action packed and danger filled.

I can’t say that this is one of my favorite series but it ranks pretty high on my reading list. I had a few issues with the book that might just be the company mistake instead of the authors, as it was missing the first page to each chapter. However it was easy to figure it out. It didn’t really take away from the story as I had expected, just drove me crazy.

The story itself is quite unique and I enjoyed reading it. I can guarantee that it will be read many times over.