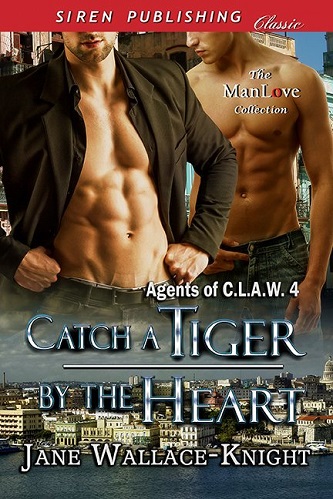 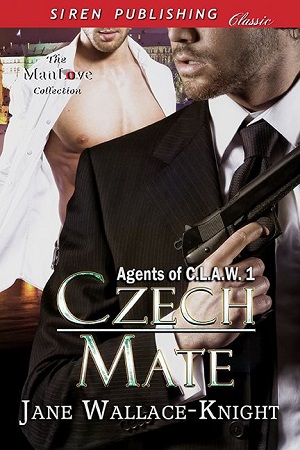 Blurb: Set in the Happily Ever After Mating Agency universe, C.L.A.W. is a secret subsection of MI6 dealing with shifter matters that the rest of the world can’t know about. Andrew Brady was proud to work for such an organization, working behind the scenes on his computer to help keep the world safe.

When the son of a prominent British politician, and a fellow fox shifter, goes missing in Prague, Andrew is forced to go out into the field for the first time. It wouldn’t be so bad if it weren’t for the fact he was partnered up with Lane Roberts, leopard shifter, secret agent, and all round serial flirt.

The two men had been butting heads for two years, dancing around each other in a game of Lane’s making. Putting himself in danger, and having to pretend to be married to Lane Roberts would have been bad enough, but the deeper they go the darker their mission seems to get.

Review: Each story in the C.L.A.W. collection features a new romantic couple. To enjoy the overall story arc and crossover characters, I would recommend reading the series in sequential order. This particular series is branched off from the Happily Ever After Mating Agency series. I would suggest reading those books first. Although it can be read as a standalone.

Andrew is one hell of a computer expert and hacker. Thank god he works for the good guys otherwise we would be in big trouble. When a young man goes missing who ever was behind them looking for him, asked for Andrew to help. He is about to get a big surprise in that end. To bad he has to work with the biggest flirt in the world and who got on his nerves

Lane was a big flirt but it got the job done. A super secret spy had to do what he could to get the results he wanted. He just needed to figure out how to get the one man he wants to be his. That is after they save the kid.

Entertaining and very unique type of story. It caught my attention from the start and kept it all the way to the end. It also gave me almost everything I could ask for in a story. I will admit that it was missing something to make the story complete but I didn’t really notice it to much. I liked the characters and their story quite a bit.

I had a blast reading this and can’t wait to read the next book. It might even be one of those types that will be read more than once, we will just have to wait and see.