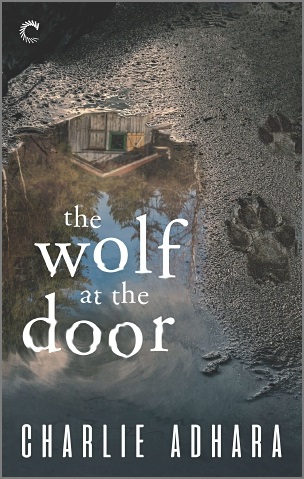 Title: The Wolf at the Door

Blurb: A former FBI agent is partnered with the enemy in this suspenseful male/male shifter romance from debut author Charlie Adhara

Hunting for big bad wolves was never part of Agent Cooper Dayton’s plan, but a werewolf attack lands him in the carefully guarded Bureau of Special Investigations. A new case comes with a new partner: ruggedly sexy werewolf Oliver Park.

Park is an agent of The Trust, a werewolf oversight organization working to ease escalating tensions with the BSI. But as far as Cooper’s concerned, it’s failing. As they investigate a series of mysterious deaths unlike anything they’ve seen, every bone in Cooper’s body is suspicious of his new partner—even when Park proves himself as competent as he is utterly captivating.

When more people vanish, pressure to solve the case skyrockets. And though he’d resolved to keep things professional, Cooper’s friction with Park soon erupts…into a physical need that can’t be contained or controlled. But with a body count that’s rising by the day, werewolves and humans are in equal danger. If Cooper and Park don’t catch the killer soon, one—or both—of them could be the next to go.

Review: BSI Agent Cooper is not happy being assigned to work a murder case with Trust Agent Park.

The BSI works cases of the supernatural variety and the Trust works the same. With tensions running high a plan is hatched to get the two teams partnered with one another. The problem is the prejudice among the humans as the Trust are werewolf agents.

Cooper was extremely unprofessional at times due to his past. Park seems to take things in stride.

The investigation leads to more than one murder and a surprising twist that took me by surprise. I loved the mystery and the details surrounding the twist.

Park and Cooper slowly get closer to each other as they try to solve the murders. There is another twist that I did not see coming at all dealing with Cooper. Needless to say this was an interesting story with plenty of twists and turns.