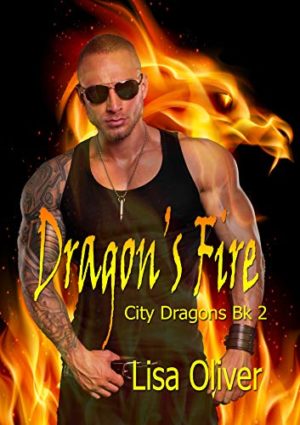 Blurb: Ever since his father was killed, Samuel Hollingsworth has worked hard to cultivate a meaningful relationship with the dragon half of his soul. Things were going well for a while, and then their mate rejected them, and now his and his dragon’s connection took on added importance as they tried to keep each other’s hopes alive. But it wasn’t easy, being patient, trusting the Fates had a plan for them, when the man they wanted was on the other side of the country and showed no signs of coming back.

Vampire elder and coven ruler Raoul didn’t have time for weakness. He was determined to keep his coven and his city safe and if blood was spilled to get the job done, then he was going to be the one who was spilling it – every single time. Even a chance meeting with his beloved in New York didn’t deter him from his duty. Riding on a dragon’s back might be fun for some people, but he had more important things to do.

But the Fates will not be deterred even when it comes to stubborn vampire rulers older than dirt. A chance kidnapping sets in place a chain of events that test Samuel and Raoul’s fragile bonds to breaking point. When a bomb goes off and everything Samuel and Raoul hold dear is in danger, will Samuel be strong enough to stand by his mate’s side?

Review: Each book in the City Dragon’s collection features a new romantic couple. To enjoy the overall story arc and crossover characters, I would recommend reading the series in sequential order.

Samuel is not only a dragon shifter but an omega dragon shifter. He has hidden it from his family but what he doesn’t know is his dragon has told the other dragons. There are many gifts one receives from the gods when they mate with a omega dragon shifter, but the omega gets the best gift of all. He can get pregnant, can you imagine Samuel’s expression once he finds out. He met his mate when his brother’s celebrated their adopted son’s birth, even gave him a ride on his back. However his mate has rejected him, or so he thinks.

Raoul is a very old and very powerful vampire elder. He didn’t reject his young mate just felt like he should give him some times, since he is very young. However it would seem that Samuel’s younger brothers have another idea, kidnapping. He also has danger inside his own coven that might place his young mate in danger, but piss off a dragon and your ass will get fried.

I have read many books by this author and am always surprised each time. The stories just seem to get better and better. Action packed, danger filled, excitement overload and some hot sexy times are just a bit of what you get in this, you also get attitude. It is never good to piss off someone that can blow flames from their mouth. My attention was captivated from the start and I am going to go read this book again. I can guarantee that it will be read many times over, just can’t seem to get enough of them. 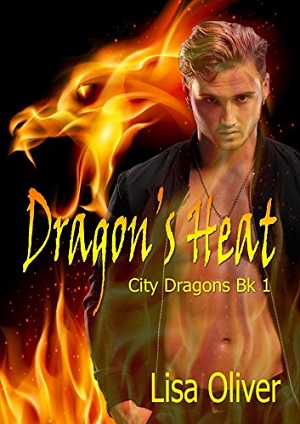 Blurb: Jon Erskine had made a good life for himself as one of the top Forensic Accounts and Systems Analysts in the country. He doesn’t mind working with paranormal clients – after all, he’s a shifter himself. However, he could do without all the slurs and derogatory comments. Not all shifters are wolves, bears and other predators. Still, his expertise and reputation is solid and Jon is more than capable of holding his own. That is until Dirk Hollingsworth runs from his office.

Dirk is running out of time. He has to find out who’s been stealing from his company before his father turns up for his wedding in three weeks’ time. Acting on the recommendation of a friend, Dirk turns to Jon, or at least thinks about it. That is, until he catches the man’s scent in the doorway of his office and does a runner. Not the proudest moment for one of the proudest of all shifters, but Dirk has a responsibility to his clan and catching the tantalizing scent of a dog isn’t going to change anything. Or so he thinks.

Review: I have always loved a good romance story, and paranormal romance’s are right up on top. Dragon’s have always been a favorite of mine and when an author comes out with a story, well I will usually grab it up. Lisa Oliver has been one of my favorite authors for quite some time, and I knew as soon as I found out she was the author that this would be a story I would want to read.

The story is fully developed and caught my attention from the start. There is so much depth to it and the characters are down right sexy. The worlds that this author created is very unique and makes you wish you were right there with them. The characters are a bit cranky and very quirky to say the least.

Jon is a german sheppard shifter, very smart and very loyal to those around him. He is one of the top investigator’s of his field. He is a forensic accounts and systemps analyst. People who are missing money come to him to find out where it went and who stole it. He works with many paranormal’s and even though they are not the nicest in the world, he does an amazing job for them. Shifters, or predator’s look down on him but he never lets it get him down. That is until his mate walks in, and then runs away.

Dirk is a dragon shifter and an ass. He is more worried about what his father thinks then he really should. They are missing money and he needs help. That is until he realizes that the man in front of him is his mate and a dog shifter, well and he is a man. Here he is set up to mate a female dragon of some wealth and he finds out he is mated to a man. So he runs like a coward. His dragon is going to kick his ass.

You have a strong-willed dragon who wants his mate. You have a family that is definitely not close and the betrayal is deadly. To top it off, he has a female who is up to no good and a father who is a bit crazy. Got to say that this story should be more than a five star rating and I can not wait till the next book comes out.

I had a lot of fun and would definitely recommend this book.