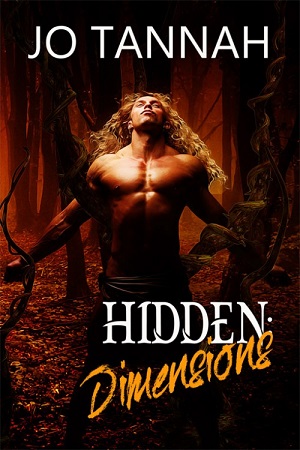 Blurb: When past and future cross over in a hidden dimension, decisions need to be made.

Up and coming fashion designer John Sanderson can’t pass on the dream commission of designing the attire of the entire wedding party of a wealthy client. The catch is that he must stay at their isolated country estate for the duration of the project, even when things start to become strange.

Samuel has been waiting a long time for John’s return. He lost him a long time ago when an angry man cast him out of this dimension on a whim. Now he has the chance to make things right and claim what is his.

Caught between the past and the future, John finds himself straddling two dimensions and faced with a decision. Will Samuel’s love for John be enough to keep him safe no matter what he decides?

Review: This was a strange yet interesting read. John is suddenly thrust into a weird sense of time as he takes a job that will take a month to complete. All the while there are certain elements that come into play that leave reader wondering what is going on, what is real, what is in the past.

Samuel I could never figure out exactly what he was. The description given did not help much either. So I was at a loss as to what he was. But, I still adored the two of them. It seemed that every time the two came together something or someone was trying to tear them apart.

Loved the details, mystery and characters in this story. So far I have only read two books in this series and neither are connected. 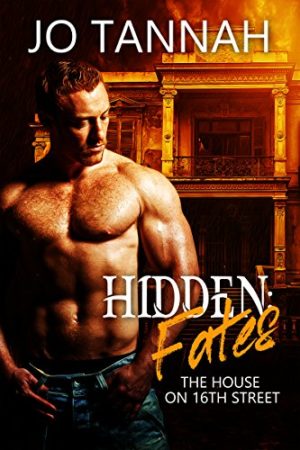 Jonathan and Rafe Wilkins-Campbell have just bought their dream home. They thought it was a place they could both settle and enjoy the good life.

Strange things begin to happen during the renovation, inexplicable events that defy logical explanation. When things finally get back to normal, Jonathan and Rafe enjoy getting wrapped up in the chaos of settling into their new home.

However, all is not what it seems, and The House on 16th Street and its inhabitants have their own idea of how things should be. Jonathan and Rafe find themselves trapped within it, victims of the house’s every twisted need, and they will need every fiber of courage and determination they possess to make it through.

Review: Johnathan and Rafe purchase a home that has been in Jon’s family forever. Soon after starting renovations strange occurrences began to happen that only intensify the further the progress on the house. No one will tell them anything about the house as no one but a select few know anything.

I have to say this one of the best horror books I have ever read and the greatest part is there is no bloody parts. Three generations of family generation converged in this house. You don’t find out for sure what exactly is going on and why until near the end and boy what a twist of sorrow, terror, sadness and heartbreak it is.

My heart went out to Johnathan and Rafe’s family for what they went through in the past. Spooky, yet brilliantly written this book will have you reading until the very end. I absolutely loved it. Sebastian Torres is a healer and midwife both by trade and by calling. He’s spent the past three years as the only male midwife in a local hospital.

When several pregnant women die in maternity wards a few states away, their fetuses missing, the police are baffled at the strange circumstances surrounding their deaths. Could there be a serial killer on the loose?

As the number of deaths escalates, Sebastian suspects a monster of legend, rather than one of the human variety, is responsible. Sebastian knows he’s the only thing standing in evil’s way, but in order to save innocent lives, he must reveal his secret to Anthony. Will Sebastian’s revelation prove too much and drive Anthony away?

Review: I liked the overall story but felt the horror element was a little lacking. For me horror implies feeling strong emotions that have me fearing what will happen next. This book did not do that for me. Probably because I have read too many Stephen King books.

Sebastian’s character was intriguing yet at times vague about who he really was. When the truth was revealed I was fascinated. Anthony was a doctor at the same hospital where Sebastian works. I was surprised he accepted Sebastian so easily after all was revealed. I was expecting some disbelief considering he is human.

The creature was a disgusting thing that never should have been allowed to live as long as it did. The action scenes were edge of your seat suspense as it let the reader know to what lengths the creature would go to survive. I did not understand the transfer of power from creature to human as that was not explained well so it left me scratching my head as to how it was done.

All in all it was a great story that had mystery, action and suspense that leaves the reader awaiting the outcome. Blurb: The zombie apocalypse left twelve people trapped, but safe, at a scientific research base on an Arctic island. Three years later, with supplies critically low, they know they can’t survive another harsh winter. But all of them fear what awaits them on the mainland.

Former grad student, Matt Warner, has retrained as a nurse under the group’s doctor, Peter Lane. Training is not the only thing Matt wants to be under Peter for, but Peter has always resisted responding to Matt’s interest in him. Before all this started Peter had a husband, Harrison, back home. A husband he desperately hopes is still alive.

Despair finally weakens Peter’s resolve and he and Matt begin sharing a bed. It’s Matt’s dream come true, even if he knows Peter’s feelings for him aren’t as strong as his for Peter. But everything changes, when the group learns of the existence of a vaccine against the zombie virus and they escape the island to search for the people distributing the vaccine. Matt fears their relationship won’t survive, because Peter wants to search for his husband—even if only to confirm his death. And Peter knows if he goes looking for Harrison, he’ll lose Matt forever.

Review: Ok I am done laughing now; I really should pay attention to more than just the title or the hot men on a cover when I choose a book.  However this was one of the good choices.  I have never been a fan of horror books or even movies, but for some strange reason I love to read or watch anything with zombies.

I would have never thought during the zombie apocalypse to head to the Arctic’s but then again these guys were there when the whole thing went down.  Twelve people surviving and learning to live with one another.  However you can only eat caribou and eggs for so long.  Peter has been married for some time but three years they have not seen one another.  He has no idea if Harrison is even alive.  He kept pure for that bond, but damn if Matt is not getting to him.

Matt is a former grad student and is being trained by Peter to be a nurse.  He also has the hots for Peter, but the man doesn’t return his feelings.  Then the zombie’s start showing up on their island and Peter realizes that he does have feelings for Matt.  However he still needs to know if Harrison is alive or dead, he has to make choices.

I love the little twist to this story, although I have to say I kind of knew the outcome for both of my questions before I got to it in the story.  It was a fairly easy step to take.  I normally don’t like to read books by author’s that I have not heard of or read, but damn if this author is not going to be a favorite of mine.  I can’t wait to see what other stories she has out.  Danger, zombies, freezing temp’s, fear and hot sex is just a bit of what you get in this story.  Let’s just say that it rocked and I hope to see more stories like this one from this author.  Way to go!