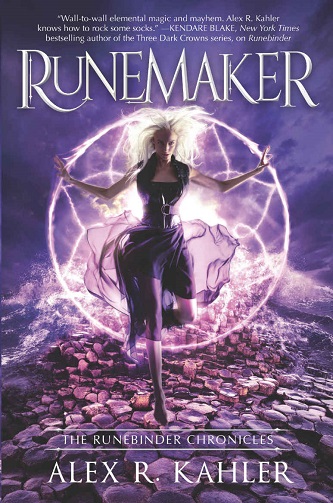 Blurb: The end is here.

Tenn thought the spirits wanted him to find his fellow Hunter, Aidan, to win the war against the undead. But with Aidan on the brink of self-destruction and Tenn reeling from his lover’s spite, their fated convergence seems far from promising.

Especially because Aidan no longer appears to be fighting for the living.

With the Dark Lady whispering commands and Tom‡s guiding his hand, Aidan slips deeper into darkness. And while the world rallies for its final battle against the Dark Lady’s minions, Tenn finds himself torn between saving the boy who’s slipping away and fulfilling a prophecy he can’t understand—one that will require him to harness the most powerful magic the world has ever seen: the Sphere of Maya.

And depending on who unleashes its power, that magic could either save humanity…or erase it.

Review: Oh my goodness, what an awesome climatic ending. The entire book was entrancing. Numerous POV’s are throughout as all sides are set to stop the other. Not everyone makes it out unscathed.

I do not want to give anything away in this review. But I will say I was hooked from start to finish. The Dark Lady was a piece of work who never should have been in any sort of power. The Violet Sage was sweet but at the same time I had to ask why she allowed things to get so far.

Aidan and Tenn along with the others were awesome. I really have no words to express how impressed I am with this series. It culminates in a beautifully told story of good versus evil and the lengths those people will go to stop the other. Brilliant and breathtaking this story was everything I could hope for and more.

The battle scenes, kidnappings, and explanations surrounding different events were off the charts. I loved it.

On a side note these books must be read in order to enjoy the full journey as each book picks up where the last leaves off. 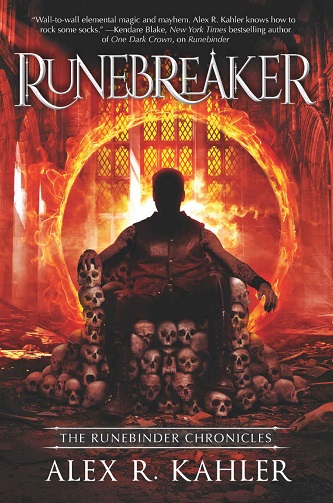 Aidan desires only one thing: to rule. Arrogant, headstrong and driven by the element of Fire, he will stop at nothing to bring the evil Howls that destroyed Scotland to their knees. But Fire is a treacherous element, and the very magic that brought him to power could burn his world to ash.

Especially with the blood of his fellow Hunters on his hands.

Driven by a bloodlust he can’t control and dark whispers that may not be entirely in his head, he and his magic-eschewing friend Kianna will do whatever it takes to liberate their broken world. Even at the risk of confronting the Church. Even at the risk of losing his humanity.

But power isn’t the only thing on Aidan’s mind. He’s falling for the intoxicating Tomas, an Incubus who offers everything Aidan desires. For a price.

And if that price burns the world down, well…Aidan is used to playing with Fire.

Review: Aidan was not what I expected. He was arrogant and intoxicating all at the same time. His quest to rule was all consuming. He did not let anyone get in his way including those close to him. Intense scenes and gripping events hold the reader captive as you sit there spellbound with the story playing out.

I loved everything about this book. It gave an insight as to who Aidan is and what he hopes to achieve. I was hoping he would mend his ways as he is a little brutal in his quest. But, it went well with the story line as things progressed.

I am looking forward to the next book to see what happens next. 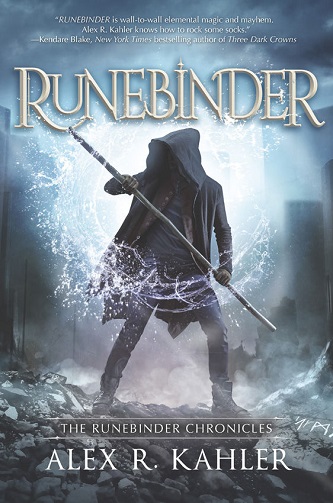 When magic returned to the world, it could have saved humanity, but greed and thirst for power caused mankind’s downfall instead. Now once-human monsters called Howls prowl abandoned streets, their hunger guided by corrupt necromancers and the all-powerful Kin. Only Hunters have the power to fight back in the unending war, using the same magic that ended civilization in the first place.

But they are losing.

Tenn is a Hunter, resigned to fight even though hope is nearly lost. When he is singled out by a seductive Kin named Tom‡s and the enigmatic Hunter Jarrett, Tenn realizes he’s become a pawn in a bigger game. One that could turn the tides of war. But if his mutinous magic and wayward heart get in the way, his power might not be used in favor of mankind.

If Tenn fails to play his part, it could cost him his friends, his life…and the entire world..

Review: An amazing story of a young man named Tenn who is a hunter. He has incredible gifts of spheres water and earth, these are magical abilities. His mission is stop the Dark Lady and the minions she created before the resurrection. This includes Howls, Kraven’s, Breathless Ones and others such as Necromancers who joined her fight for a new world.

Tenn meets fellow classmate Jarrett when he comes to aid the hunters with the help of two powerful siblings. This journey takes them to many places always fighting those that would harm others. I found myself immersed in a captivating story of epic proportions.

Tenn’s abilities and a prophecy were intriguing. The Dark Lady whispers to him at times as well as her brother Tomas. There are a lot of characters throughout that are detailed and explained. I loved that despite it’s complex world and characters those details made reading this story easier.

There is death and destruction throughout as the hunters try to complete what they set out to do while at the same time finding answers that may aid them and Tenn.